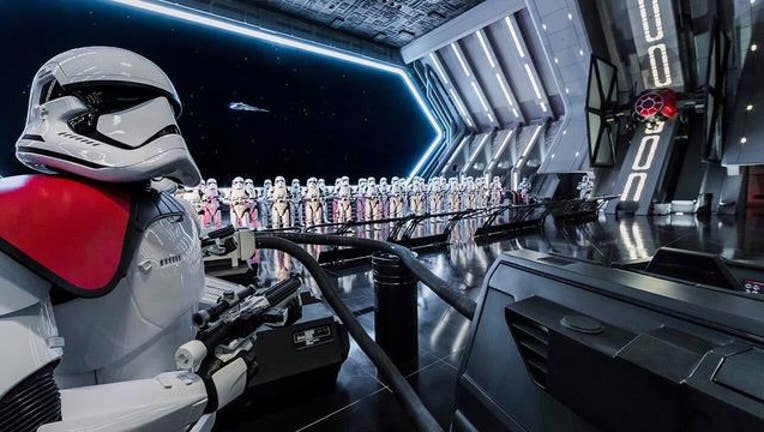 'Star Wars: Galaxy's Edge' opens at Disney's Hollywood studios on Thursday. While there are lots of shops and food options to explore, there will only be one ride open: ‘Millennium Falcon: Smuggler's Run.' A second ride, titled ‘Star Wars: Rise of the Resistance,' will open on December 5th.

Walt Disney World shared a sneak peek of the upcoming ride onto DisneyParks Blog. They described the attraction as a "harrowing adventure" that will "blur the lines between fantasy and reality." It will place riders in the middle of a battle between the ‘Resistance' and the ‘First Order' after taking off from Batuu in a transport ship.

While on the way to meet General Leia Organa at a secret rendezvous point, riders will be captured by a First Order Star Destroyer. With the help of some heroes from the Resistance, they must seek to escape Kylo Ren and the First Order.

Disney describes ‘Star Wars: Rise of the Resistance' as the "most ambitious, advanced and immersive experiences ever undertaken by Walt Disney Imagineering." It is also one of the largest attractions Disney has ever created. It features two full-size AT-AT walkers, a Star Destroyer hangar bay, a TIE fighter, a garrison of Stormtroopers, and much more.