MADEIRA BEACH, Fla. - A Madeira Beach woman ended up in handcuffs after trying to impress a Pinellas County deputy with pirouettes during a field sobriety test following a car crash.

According to an arrest report, Amy Harrington, 38, had rear-ended another vehicle along Gulf Boulevard shortly before 10:30 p.m. on April 27.

A deputy responding to the crash said Harrington had slurred speech, glassy eyes and was unsteady on her feet. The affidavit also states that the deputy smelled alcohol on Harrington, who refused to provide a breath test.

In body camera video, the deputy can be heard giving Harrington explicit instructions to walk along the yellow line. When asked if she understood the directions, Harrington said, ‘yes’, but added that she thought the deputy’s instructions were ‘ridiculous’.

The video then shows Harrington using a yellow traffic line as a stage as she performed a one-woman dance show ranging from ballet to an Irish jig. However, the deputy giving her the field sobriety test was not amused.

When the deputy asked Harrington again to walk along the yellow line, she said, "Oh my God! You sound like my [expletive] ballet coach," before breaking into another dance. 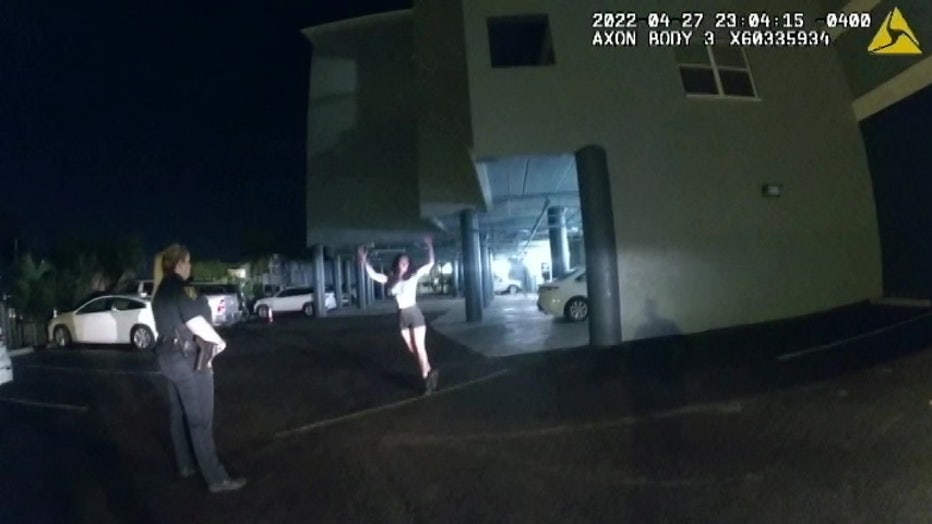 Amy Harrington gave deputes quite a performance when she broke out in dance during a field sobriety test following a car crash. Credit: Pinellas County Sheriff's Office

The deputy asked Harrington several times if she understood the directions, but she kept dancing instead of following directions.

When asked if there was any reason she could not follow the instructions, Harrington replied with, ‘because you sound like my ballet coach.’

READ: Florida National Guard returns to Clearwater after training soldiers in Ukraine for nearly a year

She can also be heard saying, ‘I just want to go home, dude’…It is safe for me to go home. Please, I’m begging you."

Harrington also told the deputy, "If you’re going to arrest me, just do it now." 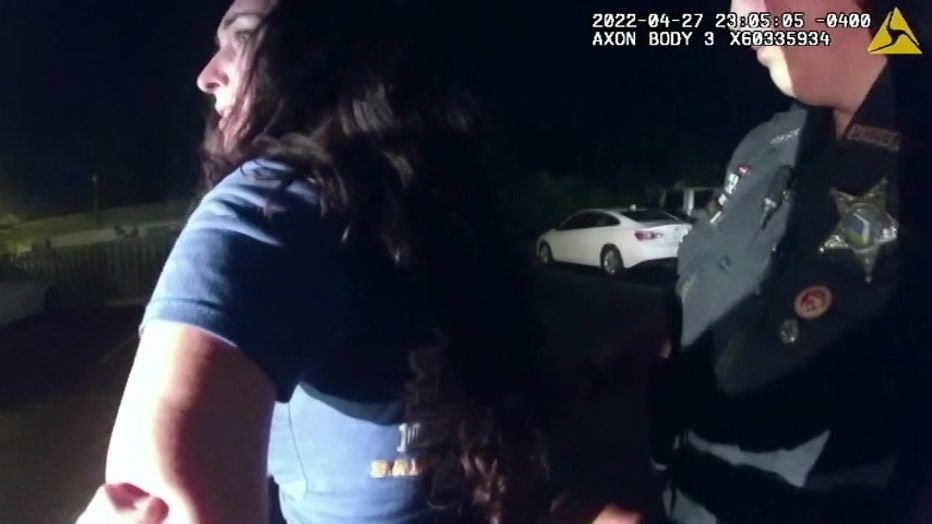 A deputy arrests Amy Harrington after she kept ignoring instructions and continued to dance along a yellow traffic line during a field sobriety test in Florida.

After nearly eight minutes, the deputy did just that and placed Harrington in handcuffs.

Harrington was charged with DUI with property damage and refusal to submit to testing. She was also arrested in 2019 in Pinellas County for refusing a breath alcohol test.