WINTER HAVEN, Fla. - A man and a woman were arrested Tuesday after an alleged fight caught on camera at a Winter Haven gas station broke out.

Around 7:55 a.m., Polk County deputies said two cars were on opposite sides of the gas pump at the 2100 First St. N Chevron. Jose Padilla Torres, 44 was inside the store, while his passenger Aracelis Hernandez-Santiago, 44, sat inside one of the cars. 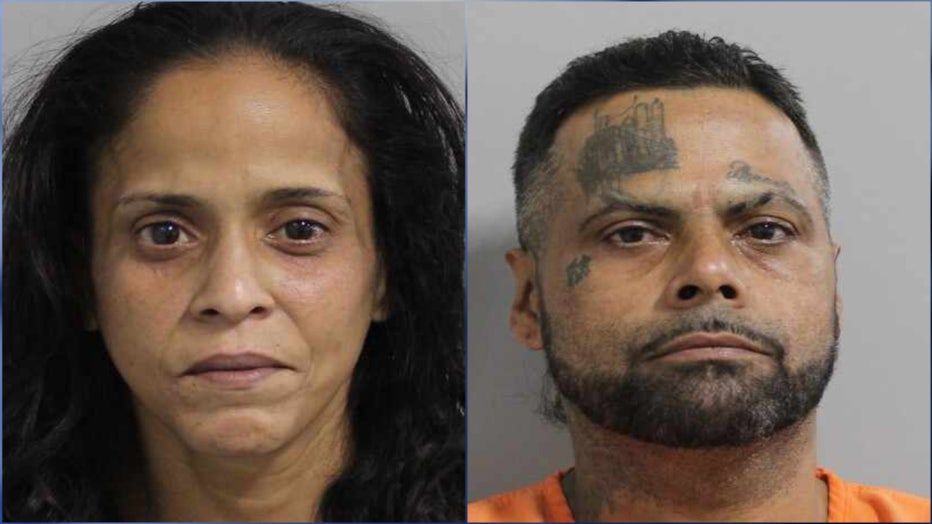 Torres reportedly came out of the store yelling across the parking lot at the man who was in the car opposite his at the pump. When the man walked across the aisle of pumps to see what Torres was saying, deputies said Torres reached into his car, grabbed an aluminum bat, and began to hit the man.

The man was able to block the bat from hitting him and grabbed Torres, taking him to the ground, deputies said.

Santiago then got out of the car and started swinging the bat at the man. The man's girlfriend ran over and was able to stop Santiago from hitting the man with the bat.

Both Santiago and Torres went back into their car, Torres backed up and then sped up striking the man.

Torres unsuccessfully tried to run over the man two more times before striking the right side of the man's car before leaving the gas station.

Both cars left the Chevron but ended up at the same intersection where another verbal altercation happened, deputies said.

Officers said they arrived at the scene and took both Santiago and Torres into custody.