Pulled over driver rear-ended on highway, trooper walks away just in time

A terrifying video posted to Twitter by the Colorado State Patrol shows a driver who was pulled over being rear-ended by another driver just as the trooper is walking back to his own cruiser. "Move Over. Pay attention. Real lives are at risk, including yours. This could have been worse," the department said.

COLORADO - Officials with the Colorado State Patrol have a simple message for drivers after sharing a shocking video of a crash that was captured by a dashcam.

The video posted to the department's Twitter page on Feb. 16 shows a CSP trooper pulling a driver over along a freeway. After the trooper walked away from the car, another vehicle was seen rear-ending the car that had been pulled over.

A photo taken at the scene shows the car that was pulled over suffered serious damage from the crash. 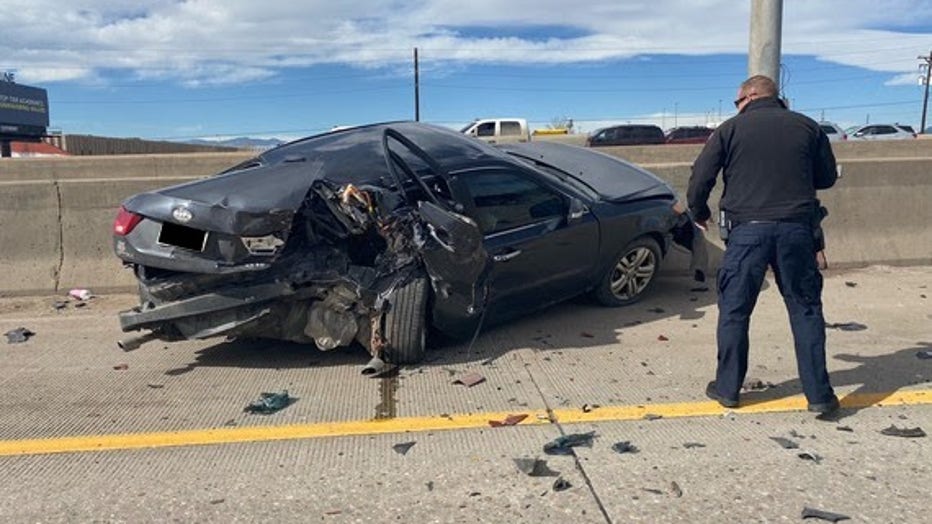 Patrol officials said the trooper tried to pull the driver over the right, but ultimately, the driver stopped on a wide left shoulder.

"Move Over. Pay attention. Real lives are at risk, including yours. This could have been worse," officials with CSP wrote.