Democrats hope that Demings, who defeated a little-known candidate in her Senate primary Tuesday, can unseat Rubio, but for now, the party's national leadership is prioritizing competitive Senate contests in other states, including neighboring Georgia, Arizona, and Pennsylvania. 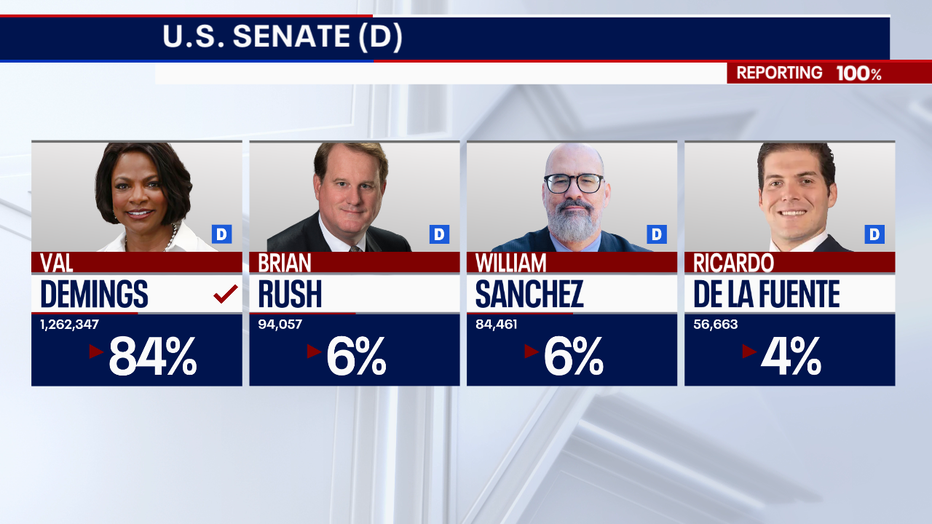 Demings was optimistic as she reflected on her unlikely life story before a crowd of cheering supporters.