The U.S. Department of Veterans Affairs will offer abortion counseling to all pregnant veterans and abortions to some in cases of rape, incest or when the mother’s health is at risk, the agency announced Friday.

It’s the first time VA doctors will be able to perform abortions on federal property, according to The Military Times, even in states where abortion is banned and there are no exceptions for rape or incest. The VA said in a news release that self-reporting the rape or incest will be sufficient evidence to obtain an abortion.

The move is the latest effort by the federal government to sidestep states that have banned abortions in the 10 weeks since the U.S. Supreme Court overruled Roe. v. Wade.

There are about two million women veterans in the U.S., according to the Department of Labor. The new rule will also cover dependents enrolled in the Civilian Health And Medical Program (CHAMPVA).

"This is a patient safety decision," Secretary of Veterans Affairs Denis McDonough said in a statement. "Pregnant Veterans and VA beneficiaries deserve to have access to world-class reproductive care when they need it most. That’s what our nation owes them, and that’s what we at VA will deliver."

RELATED: State by state: Abortion laws across the U.S.

VA officials said doctors and their patients will decide on a case-by-case basis whether the life and health of the pregnant veteran are at risk. According to the VA, veterans are at higher risk for pregnancy complications because they have higher rates of chronic health conditions. 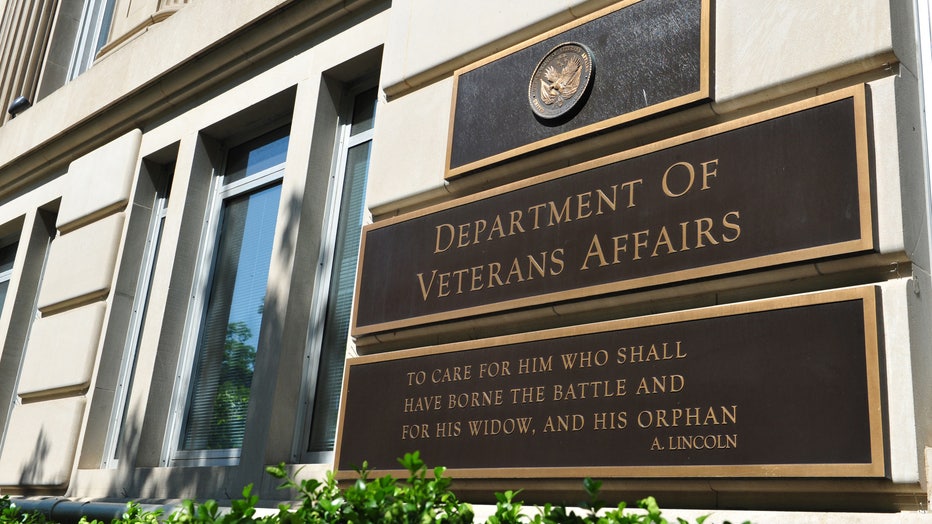 This May 19, 2014 photo shows a a sign in front of the Veterans Affairs building in Washington, DC. (Photo credit KAREN BLEIER/AFP via Getty Images)

"We came to this decision after listening to VA health care providers and veterans across the country, who sounded the alarm that abortion restrictions are creating a medical emergency for those we serve," Dr. Shereef Elnahal, VA’s Under Secretary for Health, said in a statement.

The new rule will also allow VA doctors to send pregnant women to private abortion providers in states where it’s legal. It could take effect as early as next week.

Post-Roe v. Wade, at least 12 states have banned most abortions, and two others prohibit them after 6 weeks of pregnancy.