For the first time ever, the amount of wind power produced in one day eclipsed nuclear and coal energy in the United States, according to the U.S. Energy Information Administration (EIA).

Back on March 29, wind turbines produced 2,017 gigawatt-hours (GWh) of electricity in the lower 48 states, making wind the second-largest source of energy just behind natural gas.

"Daily wind-powered electricity had surpassed coal-fired and nuclear electricity generation separately on other days earlier this year, but had not surpassed both sources on a single day," the EIA said.

Texas has the most wind turbine capacity among states, as of December 2020. That year, Texas generated more electricity from wind than the next three highest states (Iowa, Oklahoma, and Kansas) combined, according to the EIA.

Typically during the spring and fall months, nuclear and coal reduce their output because the demand tends to be lower, which could have been part of the reason why wind power produced more energy than either source on March 29, the EIA said.

And while wind outpacing both nuclear and coal energy for a day is a positive step in the direction toward renewable and clean energy, it probably won’t happen again, the EIA predicts. 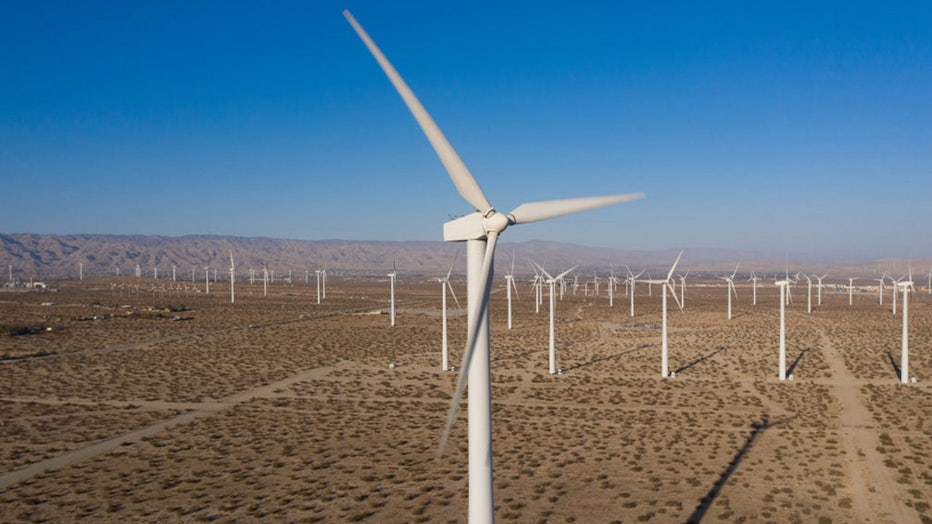 Meanwhile, earlier this month, a report from the world’s top climate scientists found that 18 countries were able to sustain emissions reductions "for at least a decade" as their economies continued to grow.

The United Nation’s Intergovernmental Panel on Climate Change (IPCC) did not name the countries, citing inconsistency in the data.

But using figures from Global Carbon Project, which are not part of the report, The Associated Press found 19 nations where the pre-pandemic annual carbon dioxide emissions were at least 10 million metric tons less in 2019 than in 2010. They are the United States, the United Kingdom, Germany, Japan, Italy, Ukraine, France, Spain, Greece, Netherlands, Mexico, Finland, Singapore, Denmark, the Czech Republic, Belgium, Poland, Romania and Sweden.

The IPCC identified three common factors for countries that have been able to decarbonize: They used less energy, transitioned away from fossil fuels to renewable energy and increased the energy efficiency of their products.

Such countries "can export a model that shows we can reduce emissions and still have high levels of well-being," said Greg Nemet, a professor of energy and public policy at the University of Wisconsin–Madison La Follette School of Public Affairs. "We can export policies that have played a role in achieving that."