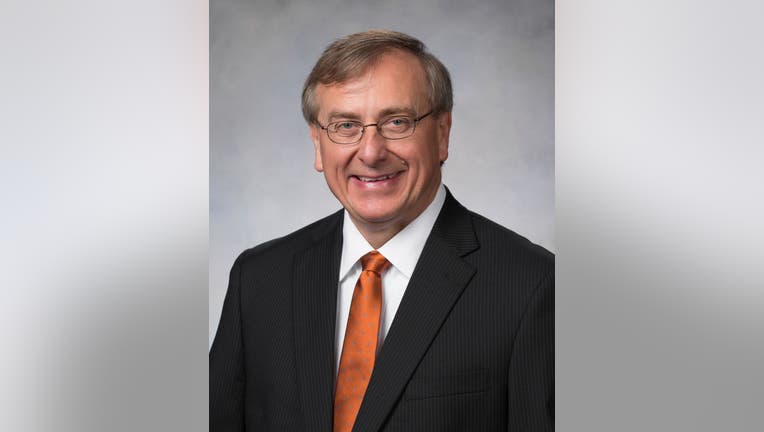 GAINESVILLE, Fla. - University of Florida President Kent Fuchs announced Wednesday that he plans to step down at the end of 2022, saying he has fulfilled commitments he made when he took the helm of the state’s flagship university.

"When I was appointed in 2014, I was asked to make three commitments to the Board of Trustees and the (state university system’s) Board of Governors," Fuchs said in a video announcement. "First, that I would work to raise the stature of UF to be among the nation’s top 10 public universities. Second, that UF would launch and complete a $3 billion fundraising campaign. Third, that UF would not increase its tuition while I served as president. Those promises were made and those promises were kept."

Fuchs, 67, will work as a professor in the school’s department of electrical and computer engineering after leaving the presidency. He came to Florida after serving as provost of Cornell University.

The announcement said Fuchs told UF Board of Trustees Chairman Mori Hosseini in August that he would like to shift from being president to a professor. It said they agreed he would continue as president through the completion of a capital campaign in fall 2022 and until a successor is appointed, which is expected by early 2023.

"Kent Fuchs has been precisely the right person at the right time to take UF to the heights it has achieved," Hosseini said in a prepared statement. "His sense of purpose, commitment to UF and warmth and love for the university have been a tremendous source of encouragement for me and for everyone at UF — while helping to lift the university even higher on the national stage."

The announcement, however, came after Fuchs and UF have faced controversy during the past two months about a decision to prevent three political-science professors from serving as expert witnesses against the state in a lawsuit over a high-profile new elections law.

While the university ultimately walked back the decision, the controversy has drawn national media attention and a federal lawsuit in which six professors allege a UF policy violates First Amendment rights.

The announcement Wednesday did not mention the controversy and focused on achievements during Fuchs’ tenure, including UF becoming ranked as a top 10 public university in the closely watched U.S. News & World Report rankings. UF was tied for fifth in the 2021 rankings.

Fuchs also has guided the university during the COVID-19 pandemic, an issue he briefly addressed in Wednesday’s announcement as the spring semester started.

"This semester we will enter our third year of living, working and learning in the midst of COVID, with seemingly unending surges and new variants," he said. "I encourage all of us to continue to be diligent, to be fully vaccinated with a booster and to wear KN95 or N95 masks while in public indoor spaces. Although we will face challenges, I am certain that this will also be a semester of great achievements and joy."

The UF Board of Trustees will conduct a national search for Fuchs’ replacement, with its decision ultimately needing ratification from the university system’s Board of Governors.