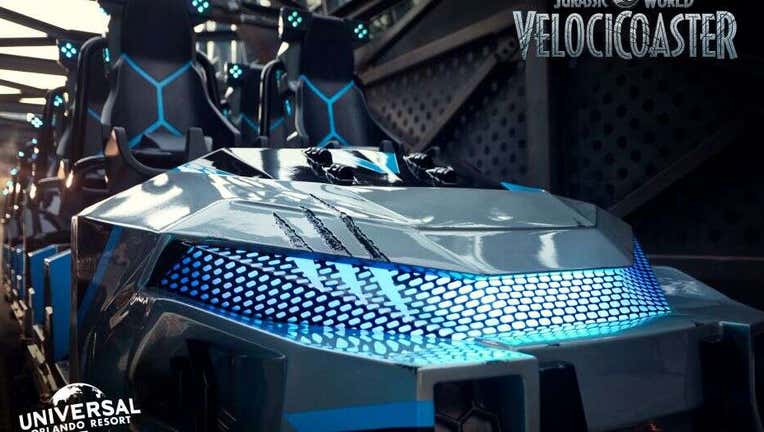 Some of the photos were released in December, but this week, Universal tweeted some more photos suggesting that fans use them as cellphone backgrounds.

"Ready for the hunt? You will be with these Jurassic World VelociCoaster ride vehicle backgrounds," the theme park tweeted.

The thrill ride is currently under construction at Universal's Islands of Adventure and will open in summer 2021.

"This new species of roller coaster touts a series of intense maneuvers that will send guests catapulting up to 70 mph and more than 150 feet in the air with the swiftest of prehistoric predators.

The video reveals the train with bright LED lights and no shoulder restraint.

We showed the video to coaster enthusiast Eric Rummeles

"It looks powerful, for sure, yeah, it looks cool, I like the LED lights on it," said Eric Rummelles, roller coaster fan.