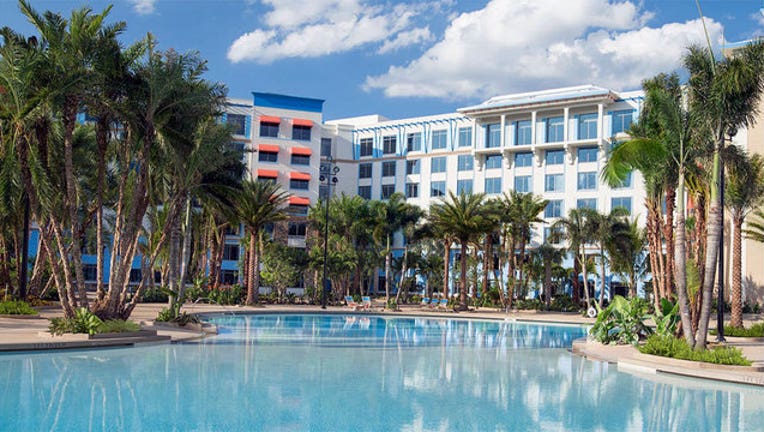 The tropical-themed Sapphire Falls Resort will open Thursday with 1,000 rooms. It will have 115,000 square feet of space for meetings and events and a covered walkway to another hotel's conference area.

"The average conventioneer spends three or four times as much as the average leisure tourist," said Abraham Pizam, dean of the University of Central Florida's Rosen College of Hospitality Management. "Why wouldn't a hotelier go into the convention business? If you do have the space and are willing to invest in and create convention facilities, you would want to do that."

Sapphire Falls is a couple miles from the county's 2 million-square-foot convention center. They may compete for smaller events, but the two facilities will complement each other, and the county expects to add Sapphire Falls to the list of hotels it works with to book rooms for larger events, Canning said.

Even with the fifth hotel in Orlando, Universal is still dwarfed by Walt Disney World, which has six convention hotels on its property and more than 700,000 square feet of ballroom, meeting and function space.

As competition has grown, the Walt Disney World Swan and Dolphin Resort has focused on food and beverage and boosting technology, said Fred Sawyers, the resort's general manager.

"The Universal-Disney friendly competition is great," Sawyers said. As the market expands, he said, "I think it's up to us in challenging our team to grow our slice of it."