APOPKA, Fla. (FOX 35 WOFL) - It's a parents worst nightmare - finding a passed out man hiding in a child’s closet.

Four-year-old Andrew Bonaventura was going down for a nap Saturday afternoon following an Easter egg hunt with his little sister.

“He’s on the floor pitching a fit, throwing his toys around," Carolyn Bonaventura said. "I’m just watching. He goes in his closet to get  a new toy to throw and there’s a man in the closet.”

“I get them both out of the house," Adam Bonaventura said. "At which point I’m grabbing my gun and went in there to see who was in there.”

Slouched over unconscious in the closet was 37-year-old Michael Charles Maynard of Merritt Island - a man with a lengthy arrest history. The family said they think he got into their home through an unlocked back door.

“I don’t know how he fit in there,” Adam Bonaventura said pointing to his son's closet.

“If he had not opened that closet, we may not have known he was in there and what he would’ve done when he actually woke up with my son napping in the bed right there," Adam Bonaventura said. "Who knows what could have happened.”

The family’s 10-year-old golden retriever was napping the entire time. They said they will nowbe getting a family protection dog to join their household. 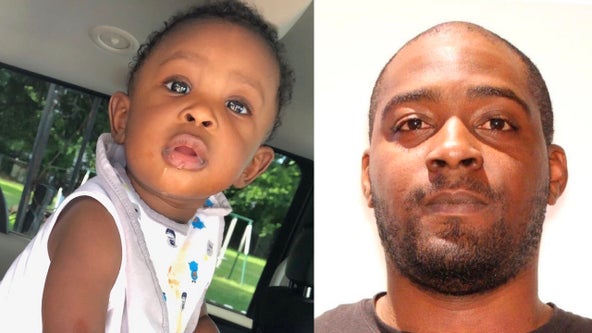