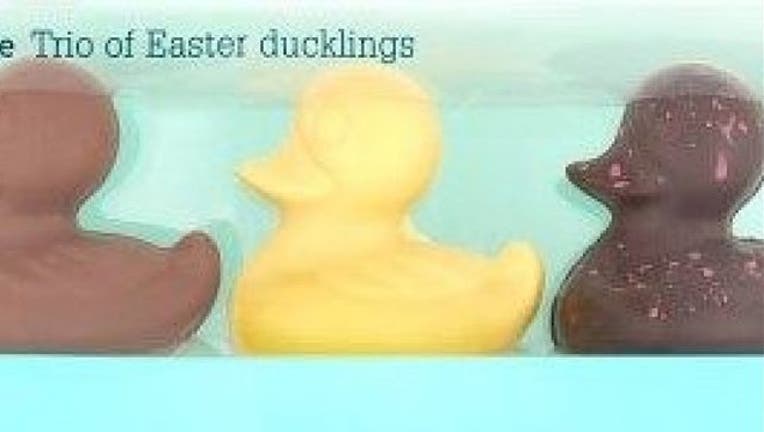 FOX NEWS - The UK grocery store Waitrose has reportedly apologized and repackaged its Easter chocolate duckling trio in response to claims that the supermarket’s decision to name the darkest chocolate duck “Ugly” was racist.

The grocery store took action to remove the packaging that named each of the chocolate Easter treats after one Twitter post went viral. On March 7, Livia A. Aliberti posted a picture of the trio’s packaging, questioning why the darkest duckling had to be named “Ugly” out of “thousands of other options.”

“Overheard women saying ‘this is not right’, I agree, doesn’t look good at all,” Aliberti wrote.

Waitrose said in a statement to CNN that the company removed the product from sale several weeks ago in order to redesign the packaging. The chocolate trio is back on sale, available for purchase in packaging without names for the ducklings.

"We are very sorry for any upset caused by the name of this product, it was absolutely not our intention to cause any offense," the statement said.

The name for the darkest duckling was a reference to the Hans Christian Andersen fairytale "The Ugly Duckling" in which a bullied young duckling feels out of place before developing into a beautiful swan.

Aliberti returned to Twitter Tuesday to thank Waitrose for changing its “outdated” packaging.

“Thank you #waitrose for changing the packaging. Ref to the 50s tale was a tad outdated,” she wrote. “Thank you to those who contributed w comments: change happens when something is brought out into the open and discussed.”