Now a week-and-a-half since Hurricane Ian hit Florida, some University of Central Florida students are still looking for a place to stay.

ORLANDO, Fla. - A week and a half since Hurricane Ian hit Florida, some University of Central Florida students are still looking for a place to stay. Many of those students aren’t just looking for a home, but they are also looking to replace all of their belongings.

At Arden Villas, nine of their apartment buildings were damaged in flooding from Ian. Many units were evacuated, with numerous UCF students receiving help from the National Guard. Those on the first floors lost everything.

"These kids, I know they’re just things, but, to them, it was everything," said Lori Lampert.  Both of Lampert’s children were evacuated from the complex. Her children watched as the floods swallowed up cars and crept up the stairs to the second floor.

The National Guard couldn’t even reach some buildings at Arden Villas, so students moved out by walking through chest-deep water with their things on air mattresses

"I was trying to think about it because I knew walking through it that day. There were dead fish," said Jodi Lampert.

The flooding was just the start of trouble for Jodi and her brother Alex. With no place to go and classes starting up, Alex started living out of a car. 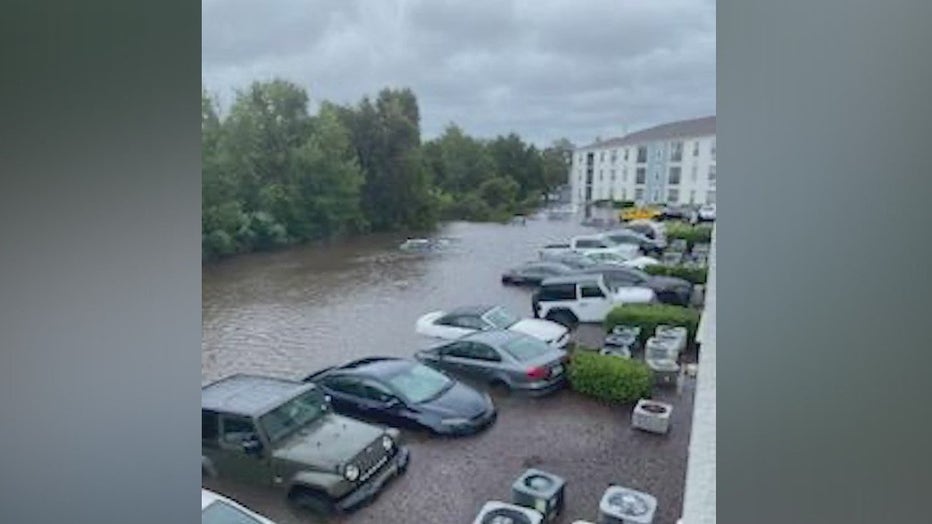 "He opened up the back, he had a sleeping bag and a pillow. A towel hanging to dry. Totes in the trunk that he was living out of," said Lori. "Let me tell you no parent wants that for their kid."

Lori drove in from Tampa to help her children find housing. They found Alex a place with some friends and are working to find another place for Jodi. Lori feels for the students who may not have that kind of support.

"In a time like this, it’s really hard. No one has an extra $10,000 in their back pocket for two leases, two of everything," said Lori.

UCF is offering short and long-term housing options on a first-come-first-served basis to some 700 students who have asked for help. Although Lori feels Arden Villas could have done more.

"I’ve been a little resentful that the other apartment complexes that were nearby communicated with the residence all day. Move your car to higher ground, and they checked in and the only message we got was don’t flush your toilet," said Lori.

In an email to residents, Arden Villas believes some people in less affected rooms can start moving back at the end of the week but those on the first floors could be much longer. They are letting people out of their leases by request.