Researchers at the University of Central Florida believe they are on the path to finding a cure to Alzheimer's.

ORLANDO, Fla. - Researchers at the University of Central Florida have made a discovery that could be a big breakthrough in the quest for a cure to Alzheimer's disease.

UCF College of Medicine researchers Dr. Li-Mei Chen and Dr. Karl Chai found an enzyme that cuts away the building blocks that form the brain plaques linked to Alzheimer's disease. Scientists are one step closer to a cure for Alzheimer's Disease or maybe more.

"If you think the entire journey as 100 steps, we may have taken two," UCF College of Medicine Associate Professor Dr. Karl Chai.

It all comes down to an enzyme called matriptase. Dr. Karl Chai and his fellow researchers have found that the enzyme can cut one of the proteins in our bodies into tiny little pieces. "Our enzyme in this section of this long protein can cut here and cut here and cut here," said Dr. Chai.

So why does that matter? Because those proteins tend to clump together and form plaque in your brain. That plaque buildup is believed to be what causes Alzheimer's Disease. 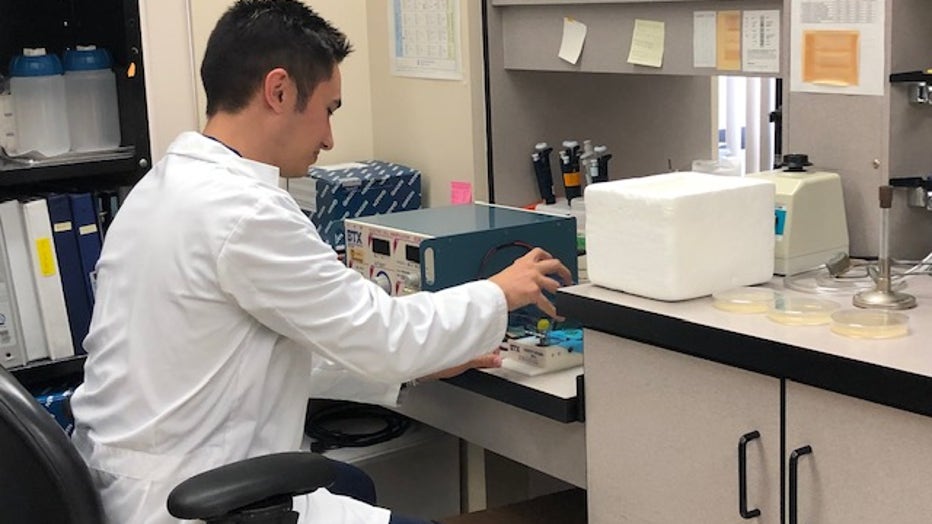 Think of it like Jenga: take out one little piece and it all comes tumbling down. So if the enzyme can cut "we are able to cut the little parts of the big clumps of the sticky stuff," said Dr. Chai. It could potentially reduce plaque buildup and fight off Alzheimer's.

The next step is figuring out how to get more of these enzymes into the brain. It's something Dr. Chai and his team are working on now. He says there's still so much more research to be done, but for now "the path is clear and that’s the promising side of this."

There is no cure for Alzheimer’s, only medications to slow its progression.