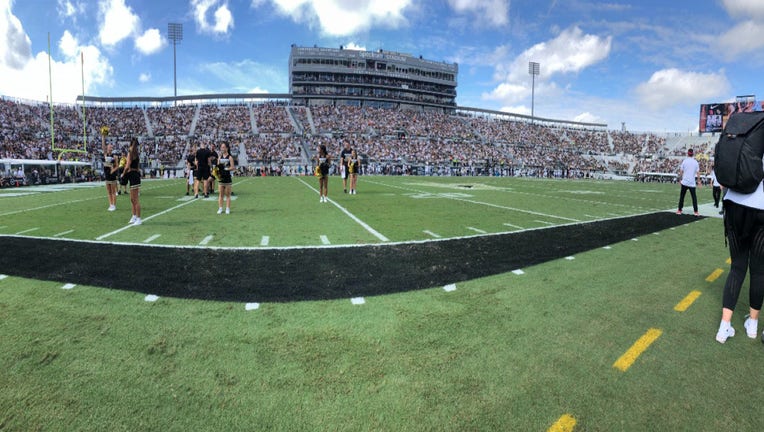 Spectrum Stadium, also known as The Bounce House, opened in 2007 and is home to the UCF Knights Football team [Courtesy: Casey Kennedy/FOX 35 News]

ORLANDO, Fla. - The football stadium at the University of Central Florida officially has a new name.

On Tuesday, the UCF Board of Trustees approved a naming rights deal with the UCF Athletics Association and FBC Mortgage to rename the stadium "FBC Mortgage Stadium." The 10-year, $19.5 million deal reportedly goes into effect on July 1.

"It's an exciting day for UCF Athletics and for FBC Mortgage to be able to collaborate on the naming of our football stadium," says Terry Mohajir, UCF vice president and director of athletics. "Sellouts have become the norm at UCF. Our game day experience has been widely recognized--and I believe it is second to no one. Knight Nation has established the atmosphere at FBC Mortgage Stadium as one of the best in the country."

The first UCF football game to be played at FBC Mortgage Stadium will be the Knights' 2022 season opener Thursday, Sept. 1, against South Carolina State.

The UCF Knights' football venue was first known as Bright House Networks Stadium when it opened in 2007 and became Spectrum Stadium in 2017.