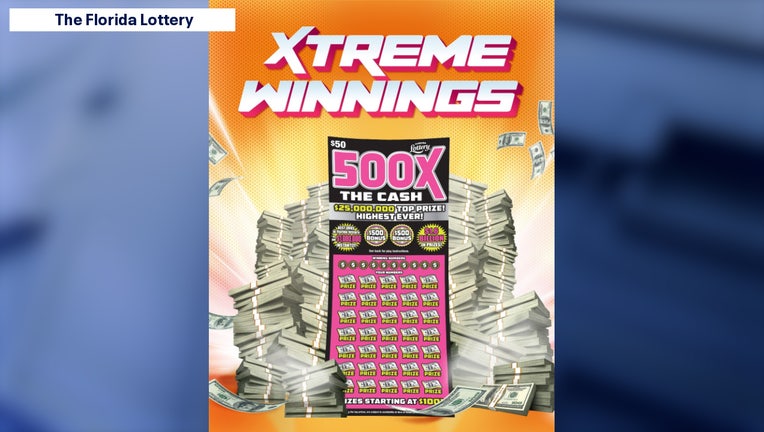 Photo via The Florida Lottery

The Florida Lottery said Douglas Johnson, 28, of Orlando, and Richard Locklin, 59, of Deltona, both played the $50 game, 500X THE CASH, and claimed a $1 million prize.

Both chose to receive their winnings as a one-time, lump-sum payment of $820,000, according to a news release.

Johnson bought his ticket at a Circle K near Bonneville Drive and Locklin bought his 12 miles away at a Wawa convenience store near Rickenbacker Drive.

Both stores will get a $2,000 bonus commission each for selling a winning ticket.

The $50 game was recently launched in late February, according to the Florida Lottery's website.

So far, lottery records indicate that at least 34 people have won $1 million from the game.

No one has yet to claim the game's top prize of $25 million.