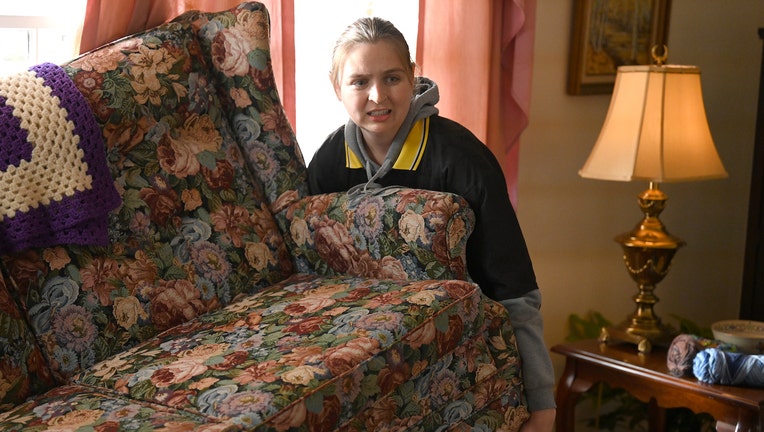 CHICAGO - Welcome back to "Welcome to Flatch" recaps! In this week’s episode, "Sweet Spot," Father Joe hires Blind Billy to be his new assistant, and things between Cheryl and Jimmy heat up. Meanwhile, Kelly and Shrub attempt to do good deeds in town, hoping to get a reward. Just starting the show? Here’s our recap of the premiere. Ready to binge? The first seven episodes are streaming on Hulu.

It’s Good Deeds Week in "Welcome to Flatch." After "Flatch Patriot" editor Cheryl Peterson (Aya Cash) launches a new section of the paper designed to celebrate positive news, the residents of Flatch all become a little obsessed with altruism. Some, like kindhearted Father Joe Binghoffer (Seann William Scott) genuinely want to help. And others, like aimless cousins Kelly (Holmes) and Shrub (Sam Straley), are just looking to make a quick buck.

See, after Mickey St. Jean (Justin Linville) returns a wallet he found on the ground, he receives a $200 reward and a moped from its happy owner — not to mention a profile in Cheryl’s "Sweet Spot" section. So Kelly and Shrub become determined to turn good deed-ing into a profitable business. 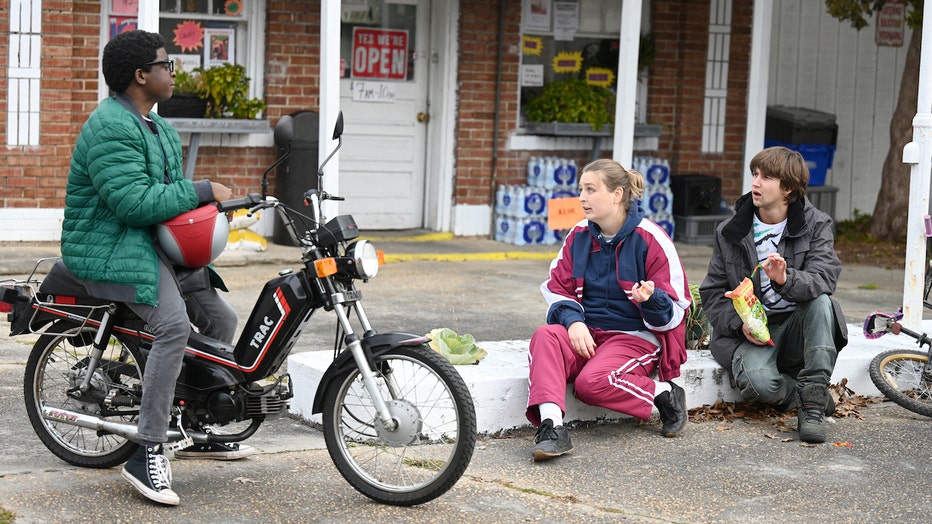 Mistaking the cousins’ latest scheme for genuine selflessness, Joe is inspired to do his own good deed: Hire local resident "Blind Billy" (Troy Hammond) to be his new assistant. "It’s a privilege to offer opportunities to those who often get overlooked," Joe explains. But as the saying goes: No good deed goes unpunished.

Do the right thing

Indeed, the goodnatured "Welcome to Flatch" tries something just a little provocative with its comedy this week by mining humor from a character with a disability without making his disability the butt of the joke. In fact, the joke is really on Father Joe, who’s so quick to pat himself on the back for hiring a blind man that he didn’t think to check Billy’s references. As it turns out, Billy is actually a terrible employee — as just about anyone in Flatch can tell you. 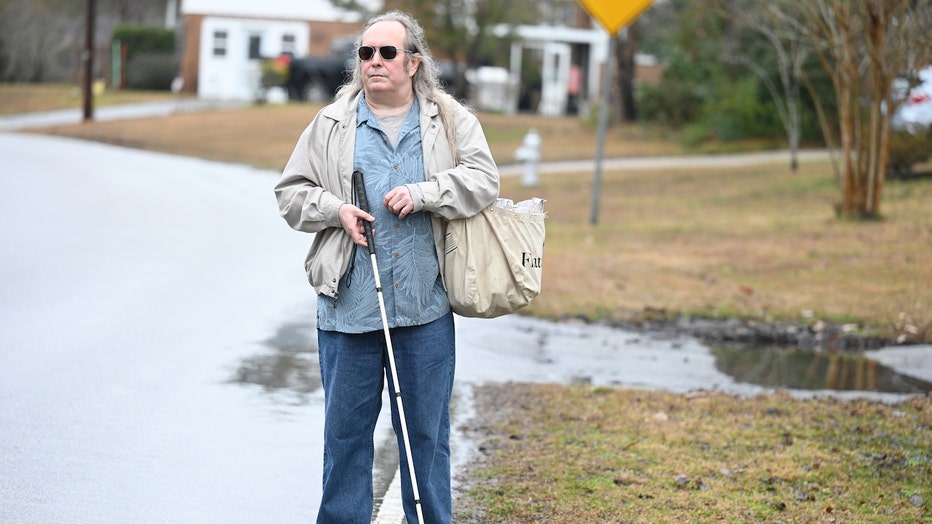 In fact, Billy actually prides himself on being a jerk. "It’s important to me that people don’t look at me and just see my disability," he explains to the camera. "I don’t want the first thing they say to be, ‘There goes that blind guy.’ I want them to think, ‘There goes that a—hole who happens to be blind.’"

So what are some of Billy’s workplace crimes? Well, refusing to answer the phone, commandeering the entire office for his meditation time, cancelling the town’s book club, eating all the office candy and convincing Joe to wear a cat bell as a prank. (As one deaf Flatch resident explains, Billy isn’t just giving a bad name to people with disabilities — he’s giving a bad name to anyone named Billy.)

Thankfully, Mandy "Big Mandy" Matthews (Krystal Smith) finally steps in to save Joe from his own fear of conflict. She fires Billy and hires herself as his new assistant — setting up a pairing that promises a ton of comedic potential in the future. (It’s great to see Smith get folded into the show’s main storylines more and more.)

Don’t worry about Billy, either. Cheryl is the next do-gooder employer to fall victim to his workplace shenanigans after she hires him to deliver the "Flatch Patriot" — and winds up wearing her own cat bell in the process. 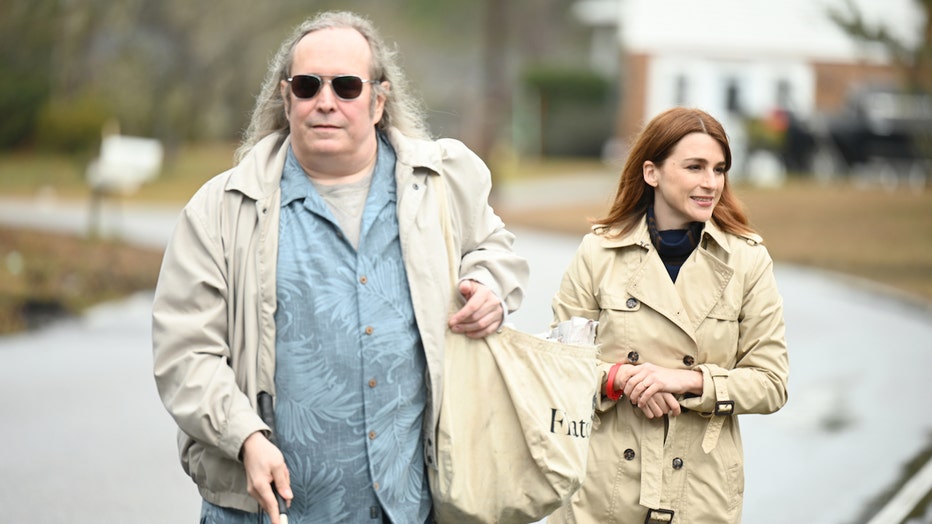 Speaking of Cheryl, she also finds herself in a hot, heavy and somewhat confusing dynamic with her new beau Jimmy Jameson (Desmin Borges). In her previous relationship with Joe, she was always the alpha, but things are different with a fellow journalist like Jimmy. "We have this banter-y thing, which is kind of sexy. But then it stops being banter-y and starts getting fight-y," Cheryl explains to Mandy in an elegant long-take sequence through the halls of the "Flatch Patriot." "It’s kind of like we’re two rival debate captains stuffed in a sack clawing it out," she adds. To which Mandy can only deadpan, "That doesn’t sound sexy."

And Cheryl isn’t the only one with a relationship conundrum this week. Though Shrub and Beth (Erin Bowles) have been spending more time together (mostly on long, silent walks) they’ve yet to kiss, and Shrub is unclear about their relationship status. So he seeks advice from Father Joe, who encourages him to be open and honest about his feelings and ask Beth about hers. Naturally, however, it takes a little bit of rivalry to finally motivate the lovestruck young Mallet. 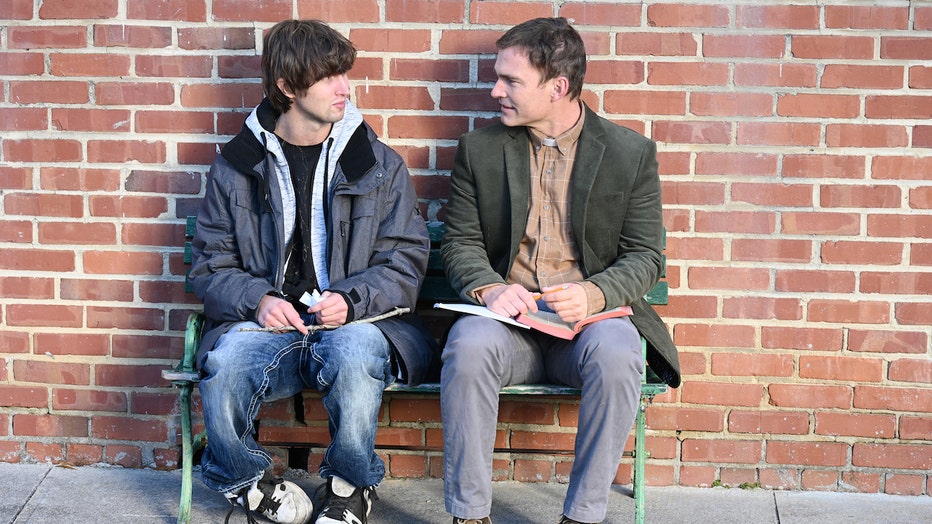 "Welcome to Flatch" delivers something akin to an action scene as Shrub learns that Mickey is planning to ask Beth out and races him through the streets of Flatch on his bike to get to her first. Mickey may have a moped, but Shrub knows all the town’s shortcuts (director Natalia Anderson again does nice work with longer takes here), and he arrives at Beth’s house just in time to breathlessly blurt out "Girlfriend? Are you my girlfriend?" "Okay," Beth nods. And that’s that. A new Flatch relationship is born!

In for a penny, in for a pound 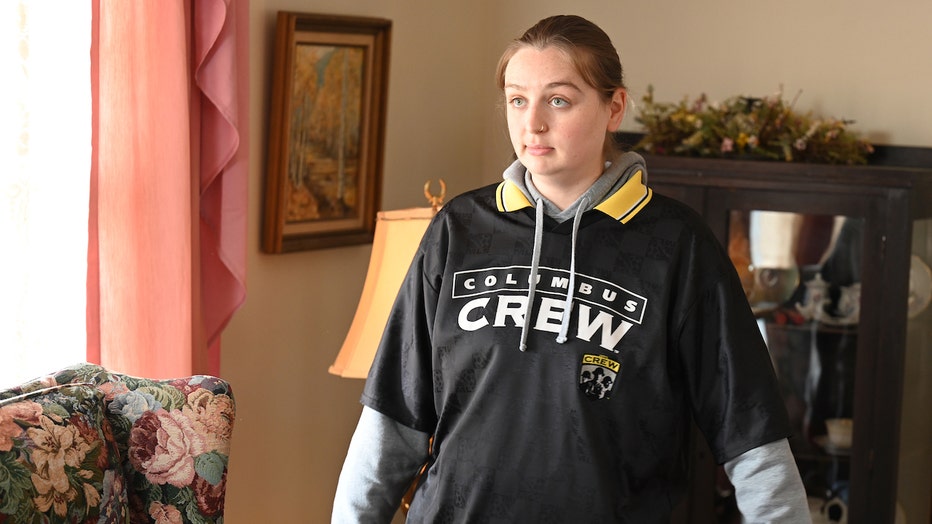 While Shrub is busy sorting out his love life, Kelly spends the afternoon helping June (Karen Huie) sort through her lengthy list of chores — all in hopes of being rewarded with the old car that June never drives. Be careful what you wish for, though: While June does eventually offer Kelly the car, it turns out it’s a rusty junker with no seats. Still, Kelly at least manages to make $100 after selling it for parts.

Plus she learns an important lesson: She doesn’t like doing good deeds, especially when she gets nothing in return. "It feels really good to know that about myself," Kelly smiles happily.

"Welcome to Flatch" airs Thursdays on FOX. The first seven episodes are also currently available to stream on Hulu. Recaps run weekly, and you can read them all below.

About a Boy (2002): Hugh Grant anchors the top-tier cast (including a young Nicholas Hoult of "The Great") of this Weitz Brothers gem, in which the grown-up love story is secondary to the transformative bond between a feckless bachelor and a bullied kid. Rated PG-13. 101 minutes. Dir: Chris Weitz, Paul Weitz. Featuring: Hugh Grant, Nicholas Hoult, Toni Collette, Rachel Weisz.

The Freak Brothers (2021): Smoke 'em if you got 'em! Pete Davidson, Woody Harrelson and John Goodman lead the voice cast of this adult animated stoner comedy based on Gilbert Shelton’s cult classic comic, "The Fabulous Furry Freak Brothers." The series follows three 1960s hippie stoners who smoke a magical strain of weed, only to fall into a 50-year slumber and wake up in the 2020s. While time (and weed culture) may have changed, the Freak Brothers are just as mellow as ever. "The Freak Brothers" is a Tubi Original. Rated TV-MA. One season, 8 episodes. Also featuring the voices of Tiffany Haddish, La La Anthony, Adam Devine.