Former President Trump on Monday missed the deadline for delivering testimony to the House committee investigating the January 6 attack at the U.S. Capitol, and once more signaling his opposition to the work of a committee that Trump's team has accused of "partisan theatrics."

The Select Committee to Investigate the January 6th Attack on the United States Capitol demanded Trump's testimony under oath by Monday, Nov. 14, at 10 a.m., but a source closer to the former president confirmed he did not sit for a deposition either in person or remotely.

Staff for the committee declined to comment other than to say they had nothing to "preview." 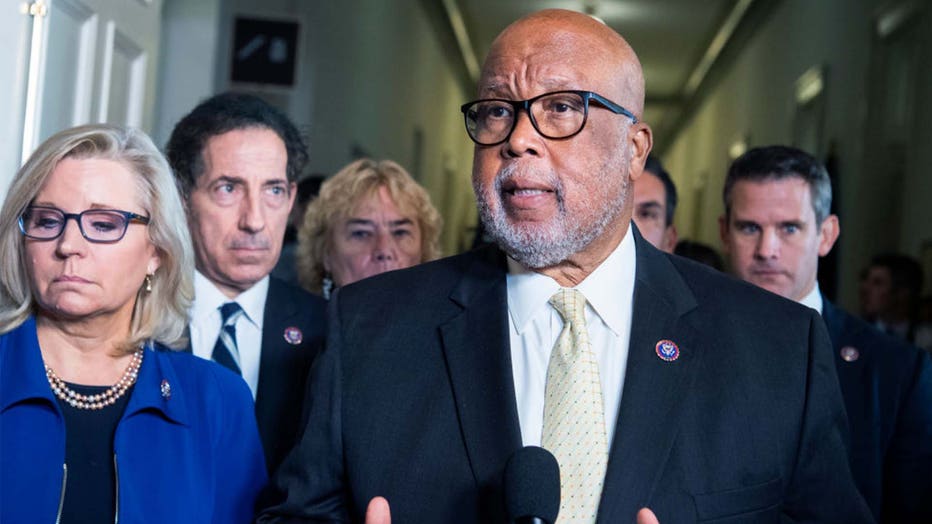 The Jan. 6 committee subpoenaed Trump on Oct. 21 and asked that he produce records for the committee by Nov. 4, and then testify shortly thereafter. Trump sent no records to the committee, and committee members extended the deadline for another week.

RELATED: Trump given extension on subpoenaed documents by Jan. 6 panel

On Friday, Nov. 11, just days before the committee wanted him to appear, Trump filed a lawsuit against all members of the committee and House Speaker Nancy Pelosi in an attempt to block the subpoena, which he called "invalid."

In the lawsuit, Trump said the subpoena has a "vague and loosely worded purpose" and does not "describe how the testimony of President Trump is necessary to further this purported purpose." 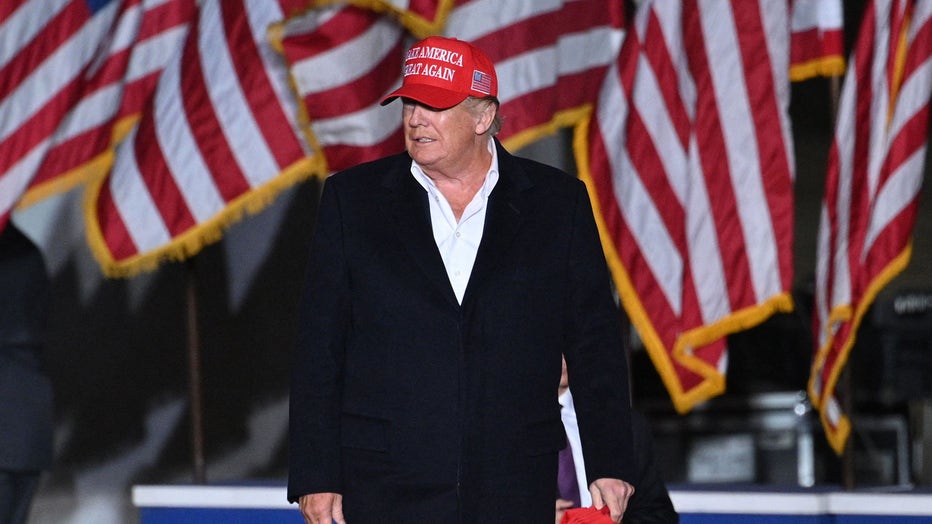 Former US President Donald Trump holds MAGA hats for his supporters, as he arrives to speak at a rally.(Photo by ROBYN BECK/AFP via Getty Images)

When the committee originally filed its subpoena against Trump, he said in response that its efforts are a "witch hunt," but added that he "loves the idea" of testifying. Trump said he would "talk about how corrupt the election was, how corrupt the committee was, and how Nancy Pelosi did not call up the National Guard that Trump strongly recommended for her to do three days earlier on January 3, 2021."