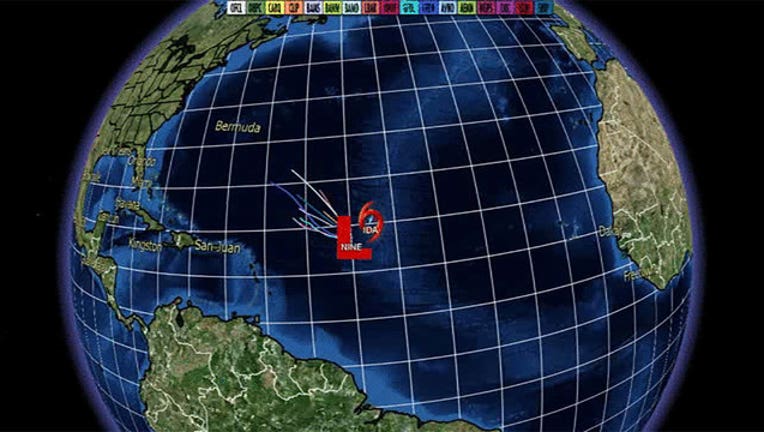 MIAMI (AP) - Tropical Storm Ida is getting stronger in the open Atlantic but isn't a threat to any land.

The storm's maximum sustained winds Monday morning increased to near 50 mph (80 kph). The U.S. National Hurricane Center says additional strengthening is forecast during the next day or so, followed by slight weakening on Wednesday.

Ida is centered about 995 miles (1601 kilometers) east-northeast of the northern Leeward Islands and is moving north-northwest near 7 mph (11 kph).

Meanwhile, a tropical depression is bringing heavy rain as it moves inland from the Pacific over Mexico's Baja California peninsula.

The depression's maximum sustained winds are near 35 mph (56 kph). Weakening is forecast and the depression will likely degenerate to a remnant low by Monday night.