The FOX 35 Storm Team is tracking four systems in the Atlantic, including two hurricanes.

ORLANDO, Fla. - We are just days away from the peak of hurricane season – which is on Sept. 10 – and the tropics are heating up.  We are tracking four tropical systems in the Atlantic Ocean. Hurricane Danielle continues to churn in the central Atlantic while newly-formed Hurricane Earl has turned to the north.

Two other systems have emerged off the African Coast. 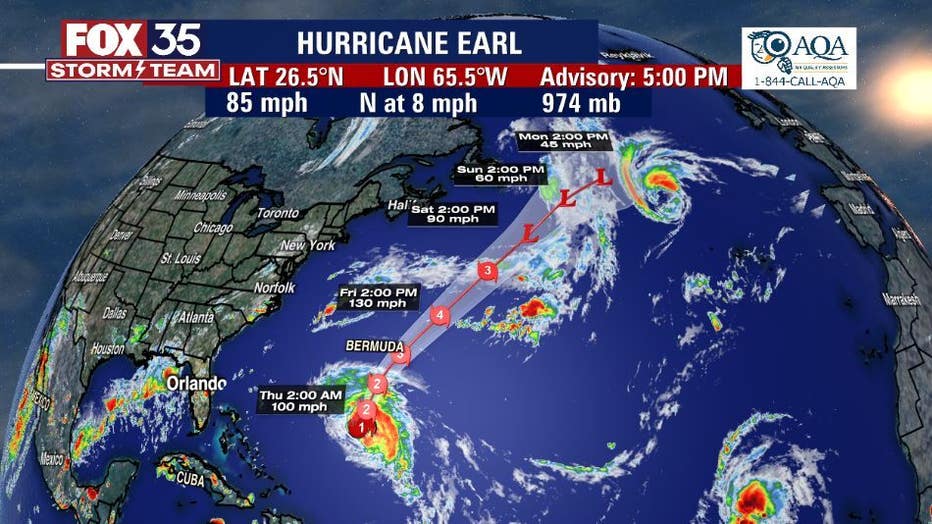 A Hurricane Watch is in effect for Bermuda, meaning that hurricane conditions are possible within the watch area, in this case at some point Thursday afternoon into Friday morning.

However, Earl is not expected to impact Florida. 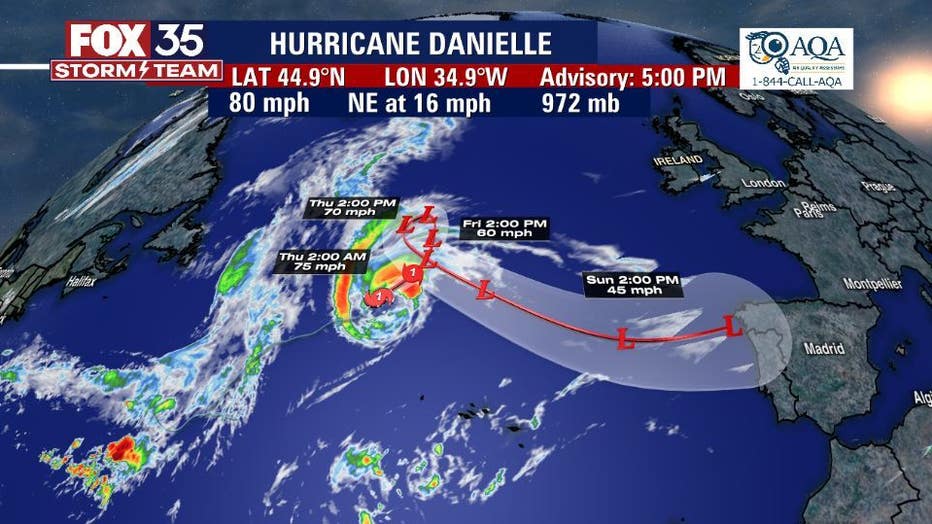 Hurricane Danielle's maximum sustained winds have increased to near 80 mph with higher gusts.  Danielle was located about 625 miles northwest of the Azores. The storm is moving toward the northeast near 16 mph, and this motion is expected to continue through the night.  A gradual weakening is forecast to commence on Thursday.

A tropical wave near the Cabo Verde Islands is expected to become our next tropical depression in the next few days. Forecasters say it has a 70%chance of development over the next five days.

A second tropical wave currently located over western Africa is forecast to emerge offshore into the eastern Atlantic in a day or two. The chance of development over the next five days is 30%. 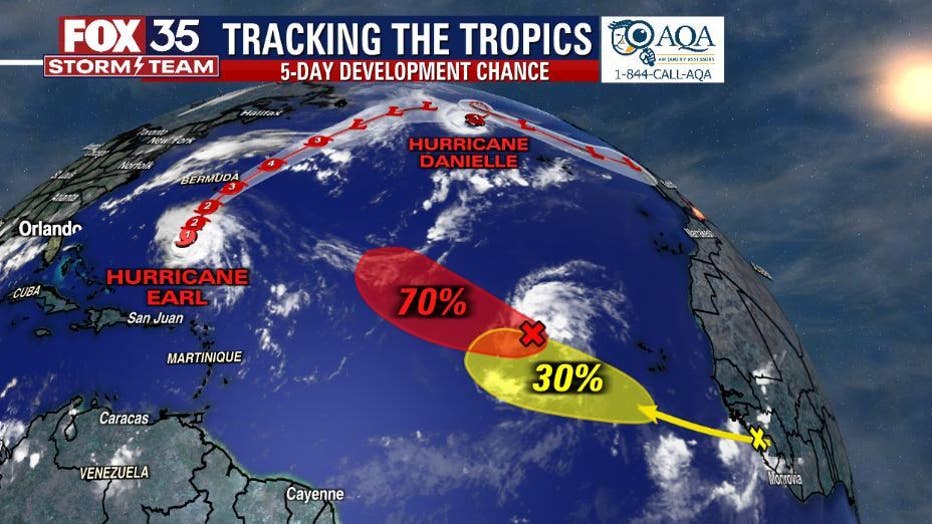 The FOX 35 Storm Team will be tracking the tropics through hurricane season, which ends Nov. 30.