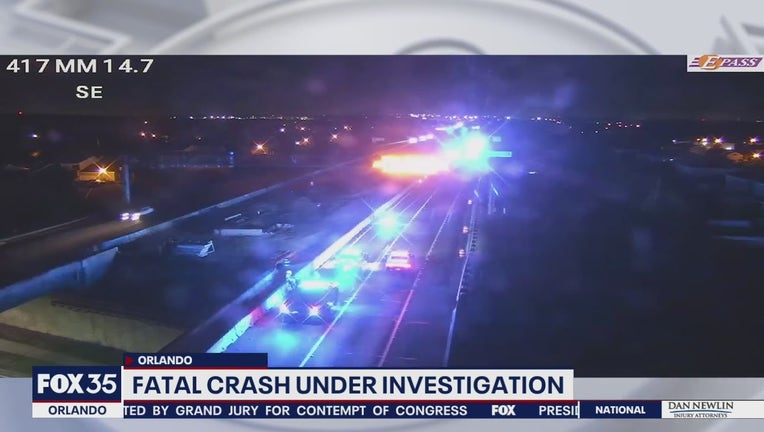 ORLANDO, Fla. - Charges are pending against a driver who reportedly struck the back of a semi-truck, causing a deadly crash in Orange County early Sunday, according to troopers.

According to a FHP press release, a 47-year-old Orlando man was driving his car southbound on SR-417 behind a semi-truck with no trailer.

Witnesses told troopers that the man appeared to be going above the posted speed limit and failed to slow or stop for the semi-truck traveling in front of him.

The impact of the collision caused the semi truck to go off the road where troopers said it struck a guardrail and overturned in a large embankment. The driver died at the scene according to troopers. FHP is working with the medical examiner's office to identify the driver.

The Orlando man's car struck a concrete barrier and collided with a guardrail after the initial impact. Troopers said he was taken to a local hospital with non-life threatening injuries.

Lanes were blocked in the area for several hours as troopers investigated, but the lanes have since reopened.