Dash camera captures crash on I-275

A multi-vehicle crash sent cars off the roadway, tumbling over, and even hitting a trooper parked in the median.

ST. PETERSBURG, Fla. - Troopers say they have arrested a St. Petersburg man for DUI after he caused a multi-vehicle crash that caused a truck to roll over and hit a Florida Highway Patrol trooper's cruiser that was parked on the side of Interstate 275.

According to FHP, the crash involved three vehicles that were headed north on I-275 near the 54th Avenue North onramp. The FHP trooper was parked on the outside shoulder near the ramp. 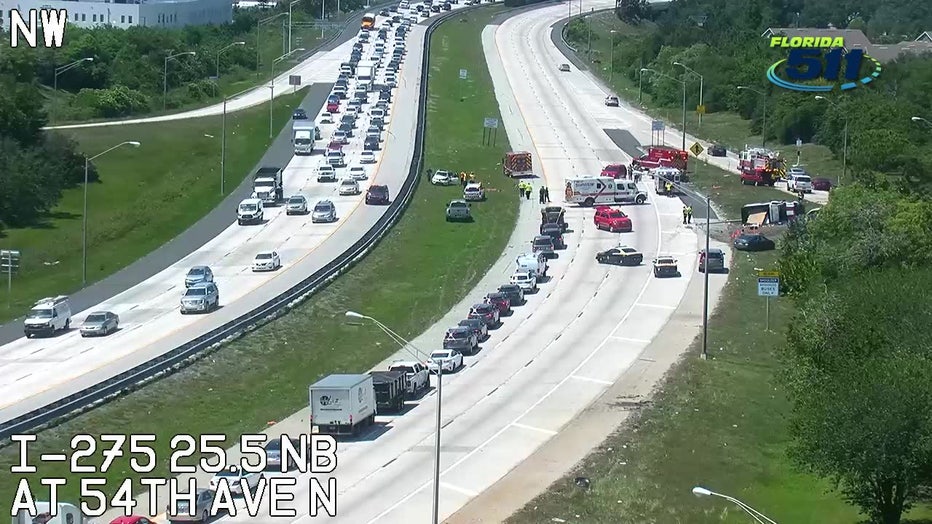 It happened in a split second. The dash camera in a Sunstar vehicle driving just behind the crash caught what happened.

A sedan, which FHP says was driven by Ramsey, lost control and swerved into the center lane of the 3-lane interstate. It hit the left rear of another sedan driven by a 55-year-old man.

That vehicle rolled and overturned several times before coming to stop on the inside median of I-275. 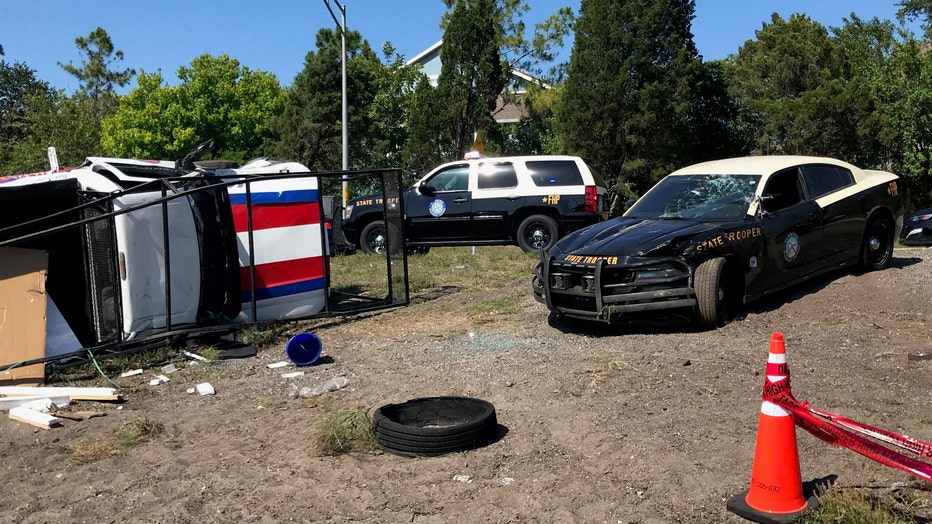 Ramsey's vehicle kept going right and hit the left side of a truck, driven by a 35-year-old man, which rotated and overturned onto the outside shoulder, crashing into the trooper's cruiser.

The pickup truck also hit a light pole before coming to a stop on the shoulder. 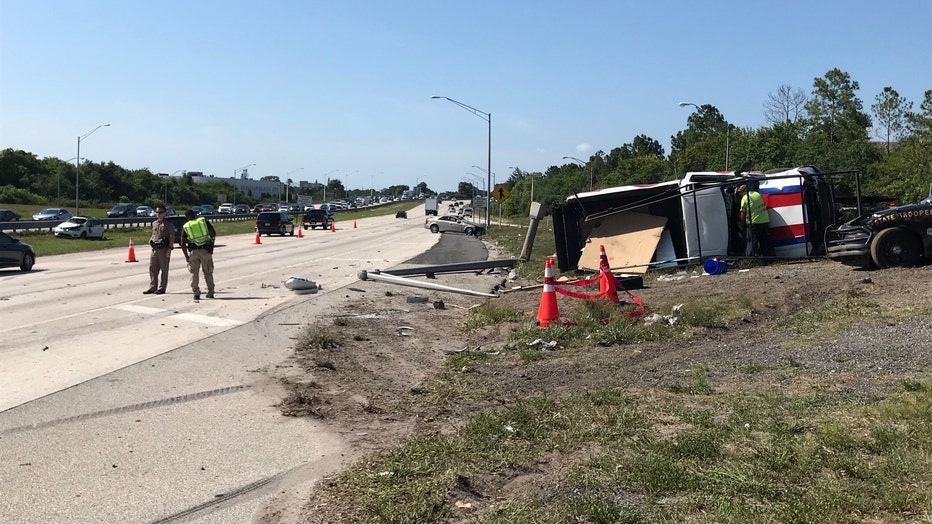 FHP says two people, including the trooper, were taken to the hospital for treatment of minor injuries.