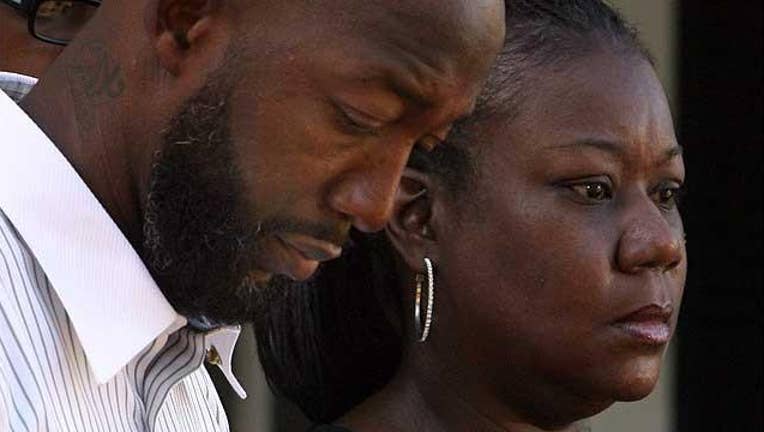 Tracy Martin and Sybrina Fulton ask for an FBI investigation into the Sanford Police Department's review of the shooting of their son, Trayvon Martin, March 10, 2012.

MIAMI (AP) - The mother of Trayvon Martin says she's disappointed with the Justice Department's decision not to prosecute her son's killer.

Thursday is the third anniversary of the night George Zimmerman shot her unarmed teenager while volunteering for a neighborhood watch group in Sanford, Florida.

Sybrina Fulton tells The Associated Press that she still believes Zimmerman got away with murder.

Zimmerman claimed he shot Martin in self-defense, and a Florida jury acquitted him of second-degree murder.

The Justice Department said Tuesday it found insufficient evidence to prove Zimmerman willfully deprived Martin of his civil rights or killed him because of his race.