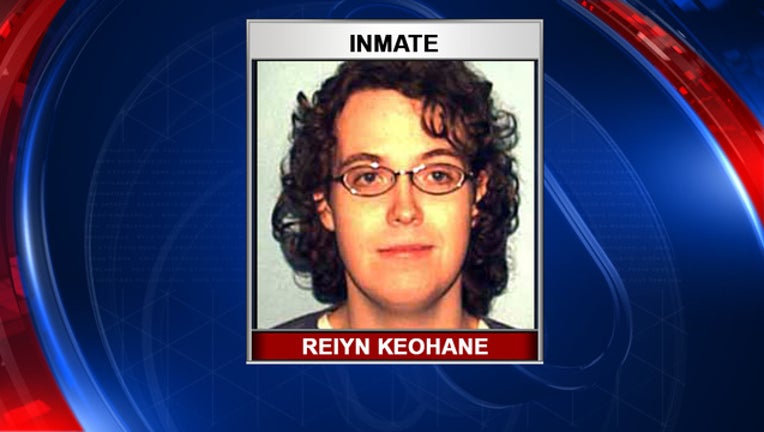 TALLAHASSEE, Fla. (NSF) - Attorneys for a transgender inmate and the Florida Department of Corrections are battling in a federal appeals court about whether the state’s treatment of the inmate violated her constitutional rights.

The Department of Corrections took the case to the 11th U.S. Circuit Court of Appeals in September after U.S. District Judge Mark Walker sided with inmate Reiyn Keohane, who contends that her rights have been violated, at least in part because she has not been allowed to wear women’s undergarments and groom as a woman.

While the department appealed Walker’s ruling, attorneys for Keohane filed a brief Wednesday that agreed the Atlanta-based court should hear oral arguments in the case.

“Important constitutional issues are implicated in the provision of medical care by prison officials who deny medically necessary care based on blanket policies barring certain care or who lack the competence to assess medical need,” Keohane’s attorneys from the American Civil Liberties Union and the DLA Piper law firm wrote in the brief.

Keohane has been diagnosed with gender dysphoria, a condition that involves a conflict between a person’s gender identity and the sex assigned at birth. Keohane was born a male but has identified as a female since age 8. She is serving a 15-year sentence on an attempted second-degree murder charge and is housed with male inmates at the Wakulla Correctional Institution Annex.

Walker, a Tallahassee-based federal judge, blasted the Department of Corrections in an August ruling, ordering it to allow Keohane to wear women’s undergarments and groom as a woman. Walker accused the agency of being indifferent to the needs of Keohane, who has attempted suicide, and said the state violated the Eighth Amendment ban on cruel and unusual punishment.

“Defendant’s deliberate denial of care --- that is, the denial of access to female clothing and grooming standards despite its knowledge of her diagnosis and her history of self-harm --- has caused Ms. Keohane to continue to suffer unnecessarily and poses a substantial risk of harm to her health,” Walker wrote.

But in a brief filed at the appeals court in September, the Department of Corrections argued that it has provided treatment for Keohane’s gender dysphoria, including providing her with hormone therapy and allowing her to shower separately from male inmates. But it said department medical officials do not “believe that permitting plaintiff to grow longer hair or wear female clothing within the male prison facility are medically necessary for the treatment of plaintiff’s gender dysphoria at this time” and that such accommodations would violate prison policies.

“Keohane has made clear that the most important aspect of her gender dysphoria treatment is being viewed as an authentic woman,” the state’s brief said. “The accommodations that have been made for her all go to the heart of this. By using appropriate pronouns, FDC (the Department of Corrections) acknowledges plaintiff’s medical diagnosis. By giving her hormone therapy, her body has become more feminine. By allowing her to shower separately, FDC is making clear that it recognizes her circumstances. Although Keohane may want more, FDC is doing all that it believes it should do, with appropriate consideration given to security concerns, to treat Keohane’s dysphoria.”

But in the brief filed Wednesday, Keohane’s attorneys said the steps taken by the Department of Corrections don’t ensure constitutionally adequate treatment.

“The question is not whether her symptoms are alleviated in any way whatsoever but rather whether her medical need is being addressed to such an extent that she is no longer at substantial risk of harm,” the brief said. “As the facts … demonstrate, the care provided was not sufficient to adequately address Ms. Keohane’s dysphoria. Being forced to cut her hair short and otherwise groom as a man and wear men’s boxer shorts prevents her from living and seeing herself as a woman, causing her severe distress that cannot be alleviated without access to female undergarments and grooming standards.”