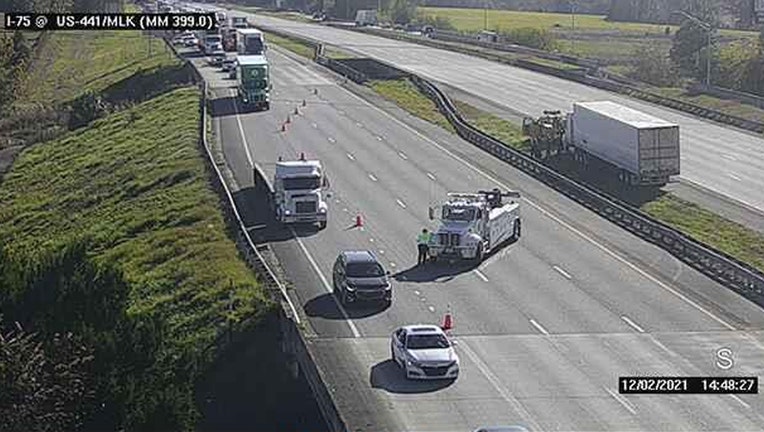 ALACHUA COUNTY, Fla. - A suspect in a shooting incident out of Columbia County is custody following a pursuit by law enforcement officers that led them into Alachua County.

Department of Transportation (DOT) cameras shortly after 2:30 p.m. showed all lanes blocked on I-75 north at U.S. 441.

The Alachua County Sheriff's Office confirmed that the interstate was closed from mile marker 404 to 414 before reopening around 5 p.m.

Troopers reportedly joined the pursuit and deployed stop sticks and a PIT maneuver. The suspect eventually drove into Alachua County and got out of the vehicle, fleeing on foot.