WASHINGTON - The Senate Commerce Committee grilled Facebook’s global head of safety Thursday in a hearing on social media and its effects on the mental health of children.

Antigone Davis fielded questions from the panel, which was convened by Sen. Richard Blumenthal. Lawmakers have long taken issue with social media platforms for their negative impacts on society.

But a recent report by The Wall Street Journal revealed internal research leaked by a Facebook whistleblower that shows Facebook executives know Instagram is proving harmful for teen girls. 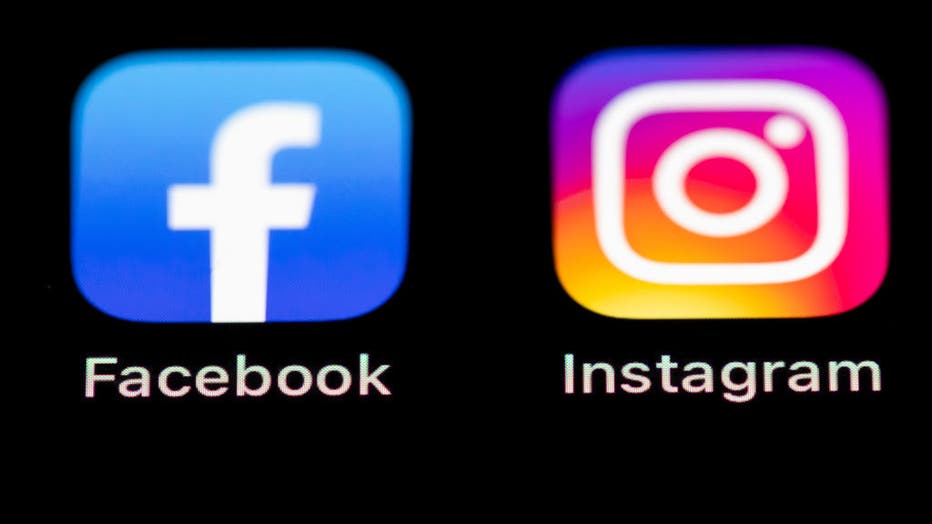 In this photo illustration, The Facebook and Instagram logos on the screen of an iPhone on March 9, 2021, in Kirchheim unter Teck, Germany. (Photo by Tom Weller/DeFodi Images via Getty Images)

According to the Associated Press, Davis was summoned by the panel as scrutiny over how Facebook handles information that could indicate potential harm for some of its users, especially girls, while publicly downplaying the negative impacts.

Children and teens face immense peer pressure and social expectations to broadcast their lives online, the committee said in a news release. Many children join the platforms before they hit the minimum age requirements.

Davis told the committee Facebook has removed more than 600,000 accounts on Instagram from June to August this year that didn’t meet the minimum age requirement of 13.

"We have put in place multiple protections to create safe and age-appropriate experiences for people between the ages of 13 and 17," Davis told the committee in written testimony.

Amid the recent backlash, Facebook has decided to hold off on the launch of their new "Instagram for Kids" platform.

Democrats and Republicans have taken separate issues with social media platforms. Democrats are often critical of hate speech and misinformation while Republicans dislike a perceived bias or censorship of conservative beliefs.

The bipartisan pile-on against Facebook proceeds as the tech giant awaits a federal judge’s ruling on a revised complaint from the Federal Trade Commission in an epic antitrust case and as it tussles with the Biden administration over its handling of coronavirus vaccine misinformation.

Meanwhile, groundbreaking legislation has advanced in Congress that would curb the market power of Facebook and other tech giants Google, Amazon and Apple — and could force them to untie their dominant platforms from their other lines of business. For Facebook, that could target Instagram, the social media juggernaut valued at around $100 billion that it has owned since 2012, as well as messaging service WhatsApp.