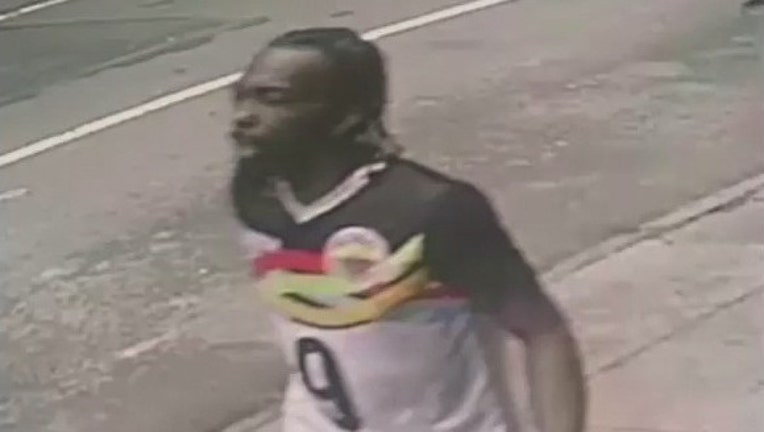 The NYPD is reportedly hunting for Farrakhan Muhammad who was trying to shoot his brother when he shot three people including a young child in Times Square. (NYPD)

STARKE, Fla. - The man suspected of shooting and wounding three people in New York’s Times Square, including a 4-year-old girl, will get a few days to consider extradition from Florida.

At a brief hearing Thursday in Starke, Florida, a judge gave Farrakhan Muhammad several days to consult with a lawyer on whether he will waive a full extradition hearing and agree to return to New York.

He’s expected back in court Sunday, according to the Bradford County court clerk.

MORE NEWS: Vaccinations begin for kids 12 to 15 in Central Florida

Muhammad, 31, was arrested Wednesday at a McDonald’s in Starke. In New York, investigators say he wounded three people with stray bullets during some type of dispute involving his brother and others.

Also charged is Muhammad’s girlfriend, Kristine Vergara, who was with him at the McDonalds. She is charged with being an accessory after the fact and was jailed Thursday on $500,000 bail, according to court records.

Muhammad and Vergara were ordered to have no contact with each other. She is being appointed a public defender but that lawyer’s name was not immediately available.

New York Mayor Bill de Blasio said all three victims have been released from the hospital and are expected to fully recover.