Viola Davis and Thuso Mbedu on "The Woman King"

Viola Davis and Thuso Mbedu, the stars of the new historical action epic "The Woman King," discuss their roles, their weapons and auditioning over Zoom.

Chicago - Writer/director Gina Prince-Bythewood got her start as a filmmaker with the world-class romance "Love & Basketball," so I hope she won’t mind that I kick off my review of her wondrous new historical epic by comparing it to a rom-com. Because, improbably, the line I couldn’t get out of my head while watching "The Woman King" comes from Nancy Meyers’ vacation romp "The Holiday." "I like corny," Kate Winslet sweetly tells Eli Wallach when he presents her with an old-fashioned corsage. "I’m looking for corny in my life."

If you too are looking for a touch of corny in your life — in the best, most crowd-rousing way possible — then run don’t walk to "The Woman King," which refreshes the old-fashioned historical epic genre with the same kind of elegant humanity Prince-Bythewood previously brought to romantic dramas with "Beyond the Lights" and superhero movies with "The Old Guard." Indeed, making something familiar feel fresh again is one of Prince-Bythewood’s special gifts as a filmmaker. And in "The Woman King" she delivers an action drama that somehow feels both nostalgic and revolutionary all at once.

WATCH FREE ON TUBI: Viola Davis and Jennifer Lopez in "Lila & Eve" — get the app 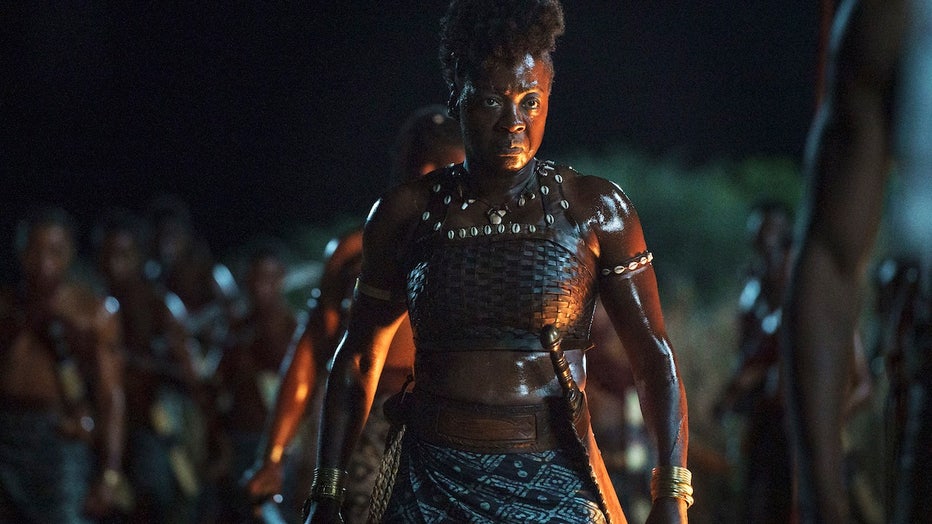 About "The Woman King": A new kind of historical epic

The film brings to life the story of the Agojie, a group of female warriors who protected the African kingdom of Dahomey during the 17th to 19th centuries. The year is 1823, the booming European slave trade is upsetting the balance of power in West Africa and fearsome General Nanisca (Viola Davis) is looking to train the next generation of Agojie troops, including a plucky young recruit named Nawi ("The Underground Railroad" star Thuso Mbedu). 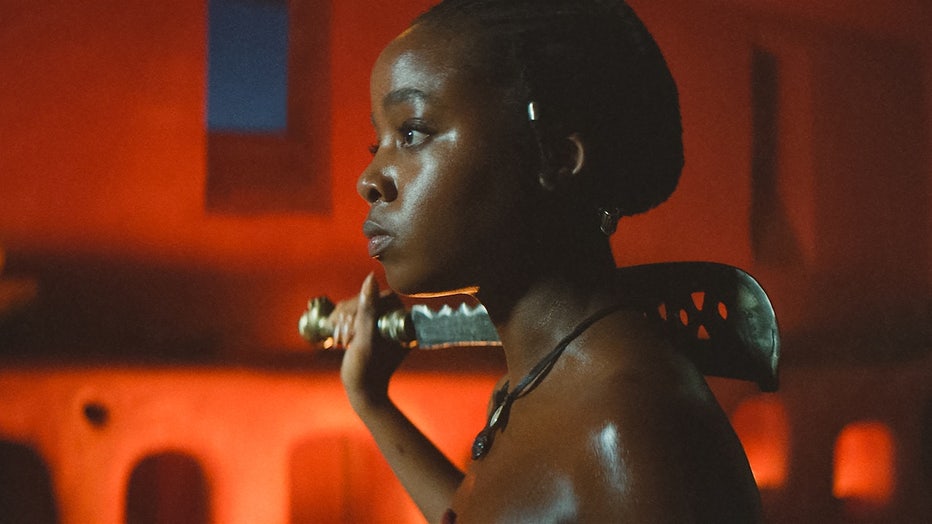 Fate has seemed to set the two women on an intertwining path: While Nawi grows into the woman she wants to become under the tough but loving hands of the Agojie, Nanisca is on a journey to rediscover who she used to be before years of battle-hardened trauma closed off a part of her heart she didn’t know was still there. Without realizing it, the general and her pupil each need something from the other to find the inner peace they’re longing for.

While an action film starring two Black women is rare enough in Hollywood, the fact that Nawi and Nanisca are just two among a half dozen of complex Black female characters is what makes "The Woman King" truly revolutionary. A traditional historical epic might make space for one of the supporting characters who round out the film’s world — competitive trainee Ode (Adrienne Warren), shy recruit Shante (Jayme Lawson), dignified second-in-command Amenza (Sheila Atim) and charismatic wildcard lieutenant Izogie (Lashana Lynch, the film’s absolute standout). Here they’re all allowed to flourish as crucial parts of an emotional whole.

See "The Woman King" for: A new kind of action film

The action in "The Woman King" is sleek and kinetic; visceral but also gorgeous to look at, as the moonlight bounces off the oil the Agojie wear on their skin to make them harder to capture in battle.

In action, the Agojie are as fearsome as the Amazons in Patty Jenkins’ "Wonder Woman" or the Dora Milaje in Ryan Coogler’s "Black Panther," but with a certain level of scrappiness befitting this more grounded historical story. Each member of the ensemble has gone through an impressive physical transformation to play these fearsome warriors, none more so than Davis, who walks with the gait and strength of an Olympic weightlifter and wields a sword like it’s an extension of her body.

If there’s a misstep in "The Woman King," however, it’s that the film’s PG-13 rating leads to an odd tonal disconnect in its onscreen violence. Though characters are regularly stabbed, speared and shot, their deaths are as bloodless as a Marvel superhero battle, with little time spent on the humanity of those the Agojie are slaying. Like this year’s other gloriously corny throwback blockbuster, "Top Gun: Maverick," "The Woman King" exists not to question the nature of warfare, but simply to celebrate its heroes. Yet unlike past rousing historical epics like "Gladiator" and "Braveheart" — which Prince-Bythewood has cited as inspirations — it’s missing the R-rated brutality that at least tempers that celebration with something harsher.

Still, what "The Woman King" lacks in interrogations of violence, it mostly makes up for in the thoughtfulness of its character work, including at least some acknowledgement of the fact that Dahomey has its own slave trading practice, which Nanisca pushes King Ghezo (John Boyega) to end.

The meatiest material comes from interpersonal drama, which has always been where Prince-Bythewood’s work shines brightest. In Prince-Bythewood’s hands, a throughline about sexual assault shapes one character's arc without defining her in full; just as the warrior side of the Agojie doesn’t define the fullness of their reality either. There’s a sense of joy and camaraderie that runs throughout "The Woman King," a playful touch to balance the film’s heavier moments. 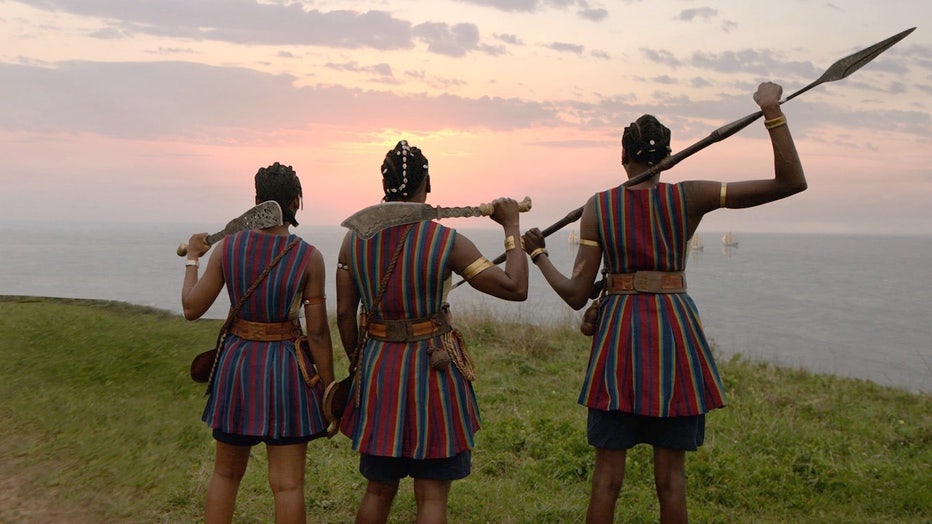 While "The Woman King" is a movie about battle scars and fearsome fights, it’s also about sisterhood, mentorship, love and loss. In other words, it offers the kind of nuanced tapestry of the female experience that can only come from a movie centered around multiple women rather than just one.

Like the warriors at its center, "The Woman King" is allowed to be many things at once, which is the most refreshing thing about it. It has the earnestness (and, yes, occasional corniness) of an old-fashioned, crowd-pleasing blockbuster. But it also has a heart that rings out like a battle cry.

A trailer for "The Woman King," starring Viola Davis. In theaters now.

Make it a double feature with "Beyond the Lights," streaming free on Tubi

Beyond the Lights (2014): This achingly beautiful coming-of-age romance about a pop star named Noni (Gugu Mbatha-Raw) is an ode to setting boundaries and not letting anyone control you — even the people who raised you. Themes of creative identity, mental heath, sexism in the music industry, romantic partnership and family pressure take center stage in this hidden gem of a movie from "Love & Basketball" director Gina Prince-Bythewood. Rated PG-13. 116 minutes. Dir: Gina Prince-Bythewood. Also featuring Nate Parker, Minnie Driver, Danny Glover.

"Beyond the Lights" is streaming free on Tubi — get the app

How to watch "The Woman King"

"The Woman King" debuts exclusively in theaters on Sept. 16. It is not currently available to stream.