During a double-whammy reveal on "The Masked Singer," two contestants regrettably went home on Wednesday.

LOS ANGELES - It was a double unmasking on Wednesday night’s new episode of "The Masked Singer."

In the "round one finals," all three finalists in "Group A" returned for one last time, performing for a chance to make it to the finale.

This meant two celebrities would be unmasked, while only one contestant would advance to the finale in hopes to win the Golden Mask Trophy.

This time, actor and comedian Jorge Garcia was the first person to be unmasked and sent home.

"I would have loved to stay longer, but I got to sing three songs, and I’m really happy with what I did here," Garcia, known for shows including "Lost" and "Hawaii Five-0," said of his experience during an exit interview. "It’s a real honor getting to be a part of the show and get such a cool costume, so I feel at peace with it," Garcia added.

Despite all the "Lost" clues provided throughout the weeks, none of the panelists were able to guess that Garcia was the one in the Cyclops costume and behind the mask.

"Now that I’ve been on the show, I have a lot more respect for what the people on the show have to do when they’re in these big costumes," he continued, adding, "It’s a whole different ballgame." 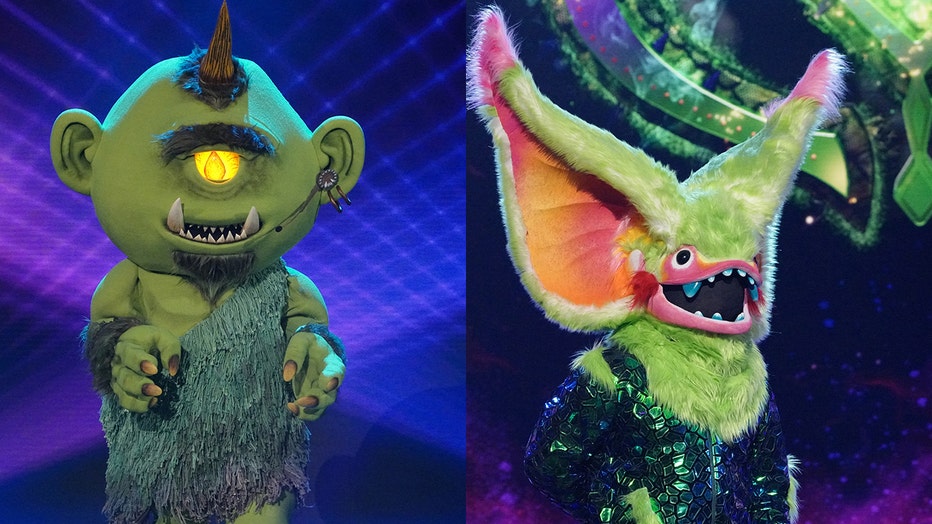 The second contestant to be revealed and leave the competition was NFL football player of the Philadelphia Eagles, Jordan Mailata as Thingamabob.

"When the first show came out, I was a big fan of ‘The Masked Singer,’" he shared, acknowledging watching singer T-Pain, when he won the series’ very first season.

During his exit interview, the professional offensive tackle said his time on the set and show was "unbelievable" but is sad that his journey has ended.

RELATED: ‘The Masked Singer’: Season 7 contestant revealed, rammed out of the competition

"Having to go home tonight, I’m kind of bummed," he revealed. "I thought I was going to go all the way to represent ‘Team Cuddly.’"

When Mailata was revealed to the audience, Host Nick Cannon said, "We would never know an NFL star would have such range, such ability."

Mailata concluded, "I think my teammates and going to be like ‘why’d you come to play football? You should have been singing your whole life."

Next week, a brand-new group of "The Good, The Bad and The Cuddly" will take the stage.