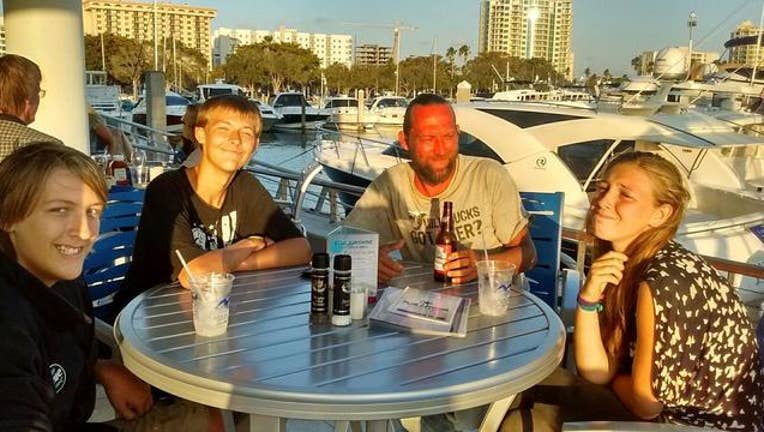 ST. PETERSBURG, Fla. (AP) — The Latest on the search for a Florida family last seen in a sailboat in the Gulf of Mexico (all times local):

The Coast Guard says the search for a family that disappeared off of the Florida coast has been suspended.

Ace Kimberly and his three teenagers disappeared Sunday after departing Sarasota for Fort Myers in a 29-foot sailboat. They were last seen on a sailboat in the Gulf of Mexico.

Coast Guard Capt. Gregory Case said at a news conference that the search for the family has been suspended. He identified two bodies found as Ace Kimberly and his daughter Rebecca. His two teenage sons remain missing.

The Coast Guard has scheduled a news conference about the search-and-rescue efforts for a Florida family last seen on a sailboat in the Gulf of Mexico.

Two bodies have been recovered from the waters off southwest Florida, along with a sailboat mast and other items belonging to the family. Authorities haven't identified either body.

Oceanographers tell The Palm Beach Post (http://bit.ly/28YPk2E ) that the gulf's looping currents may be helping the search.

University of South Florida Professor Mark Luther says debris doesn't travel far in gulf waters, whereas anything caught in the Gulf Stream off Florida's Atlantic coast can be carried up to 150 miles a day.