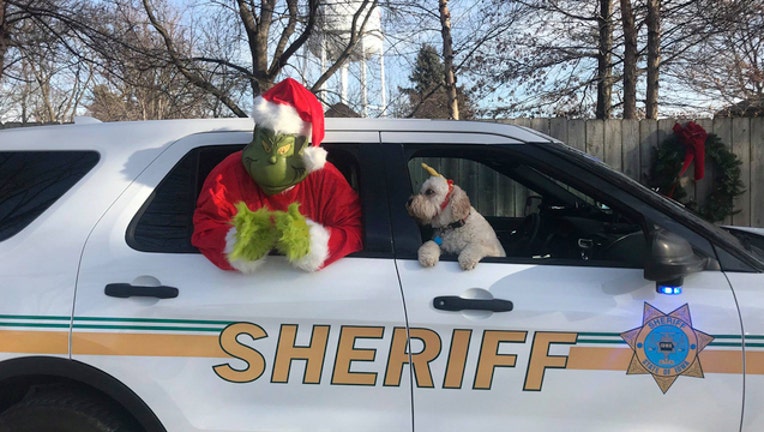 JACKSON COUNTY, Iowa - The Jackson County Sheriff's Office made a big announcement overnight - notifying the residents of Maquoketa, Iowa that they can all finally rest easy knowing that they've apprehended 'The Grinch'.

The hilarious Facebook post went up Monday evening and indicated that since the arrest, the Grinch's heart has already started to grow.

"He has shown considerable improvement with his Christmas spirit, and will be released once his heart has finished growing three sizes," the sheriff's office wrote.

The 'suspect' was transported to the Jackson County Detention Center without incident.

Deputies said his dog Max has been enjoying his time riding along with deputies, and will be returned to the reformed Grinch upon his release.