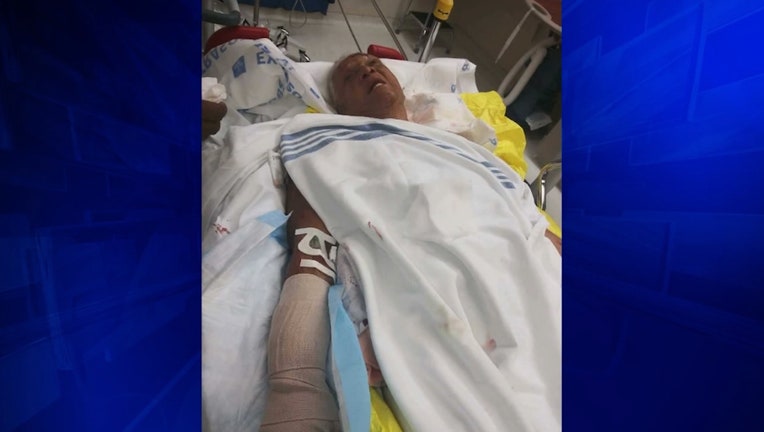 FORT LAUDERDALE, Fla. (AP) - Officials say a Florida couple who believed they were attacked by a bobcat earlier last week were actually attacked by a raccoon.

The couple, 71-year-old Rupert Fray and 85-year-old Eslyn Fray, were released from the hospital on Thursday. The husband says he fractured a hip, while the wife lost the tip of her right ring finger and is recovering at a rehabilitation facility.

The couple was attacked on a morning walk at their apartment complex in Lauderhill, a Fort Lauderdale suburb.

The animal wasn't found, and officials didn't say whether it was rabid.