While crowds were spotted at the airport, travel is still down due to the ongoing coronavirus pandemic.

ORLANDO, Fla. - The holiday travel season has kicked off officially but new numbers at the Orlando International Airport (OIA) show that overall travel is down 41 percent this year.

"It's less busy than I expected," one traveler said.

Another one added, "it's very calm, relaxed, not very busy at all."

Travelers are not surprised though. One of them told FOX 35 that "just the travel restrictions across -- every industry, in general, is down. Most companies and businesses aren't allowed to travel, the government's not allowed to travel."

OIA CEO Phil Brown said that "the reality is: Our fiscal year-end numbers show we have a long way to get back to where we were pre-pandemic. While we have made some progress, we must continue to look for wars to build upon our traffic and instill customer confidence in the safety of air travel at Orlando International."

One traveler said that this sounds familiar to other airports she has been through, stating that "I flew from La Guardia and its a total difference -- it looks like a zombie apocalypse in there. There's nobody in the airport.

She says that the bright side is that "not a lot of people are traveling so you've got a lot of room on the plane. I love it."

Nonetheless, OIA is still ranked as one of the top five busiest airports in America. In fact, they expect Sunday to be its busiest travel day of Thanksgiving weekend. 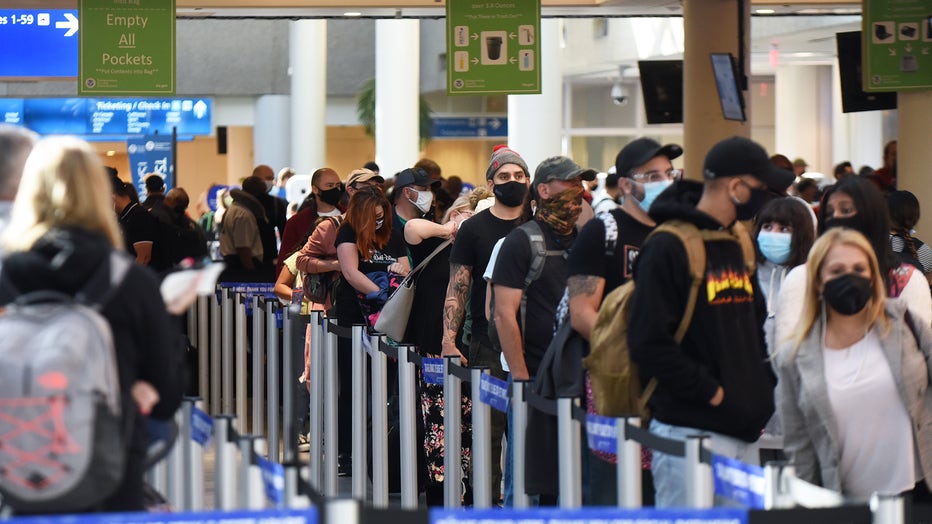 In addition, the amount of postal service activity they have seen this fiscal year has jumped 62 percent compared to last year.