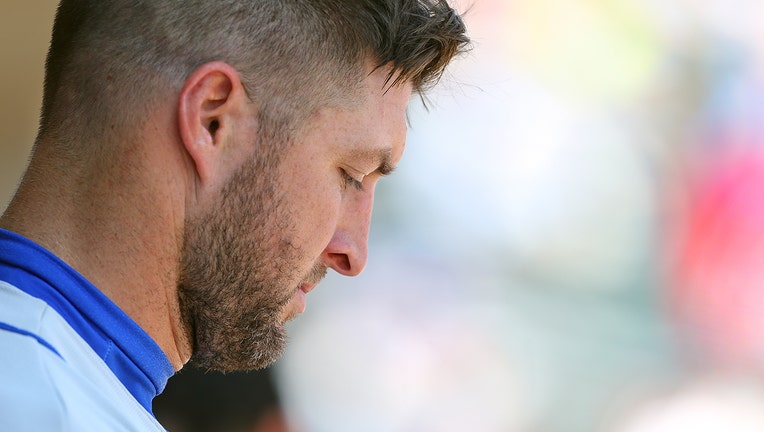 If you've ever had to deal with the loss of a pet, you know the pain is one of the most heart-wrenching experiences ever.

Former NFL quarterback Tim Tebow just had to go through it.

On Wednesday, Tebow took to social media to pay tribute to his beloved dog, Bronco, after having to put him to sleep.

"One of the toughest goodbyes," he wrote on social media. "Wanted to make a special tribute to the sweetest boy ever – thank you for all the joy you brought and all the memories. Aunt Patty, thank you for loving him, and thank you to all the other people including Miss Shea and Miss Mindy for sharing so much love with Bronco. If you had the pleasure of meeting Bronco, one of the best dogs ever, I would love to hear your story.”

In the video, Tebow is seen breaking down in tears while comforting his pal during his final hours. He posted several photos of Bronco, including one of his best friends as a puppy.

Bronco was reportedly given to Tebow as a gift in 2010 after he was drafted by the Denver Broncos.

Fans sent their condolences to the former University of Florida football player on social media.

"Sorry to hear about your loss Tim! Dogs become a major part of our lives and it sure seemed like he impacted yours in a positive way! Prayers are with you! Bronco will be missed!"