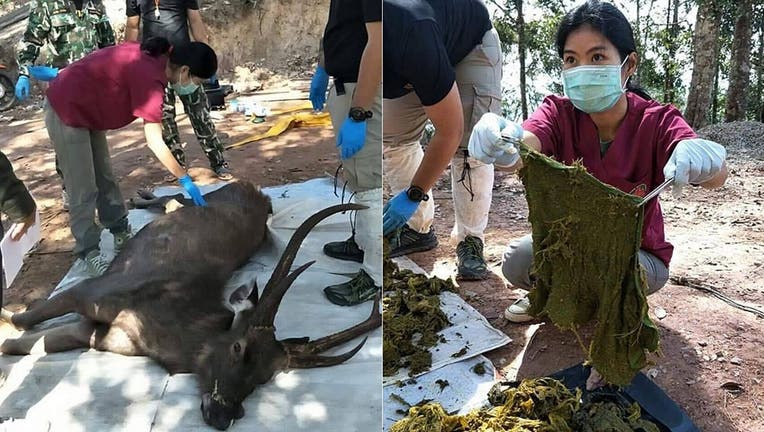 The deer was found with 15 pounds of assorted garbage inside its stomach, reports say. (Thailand Department of National Parks, Wildlife and Plant Conservation / Facebook)

A wild deer has turned up dead in Thailand after apparently eating more than a dozen pounds of discarded plastic bags, instant noodle packaging and other garbage dumped by humans.

The animal was discovered Monday inside a national park about 400 miles north of Bangkok.

“When vets examined the deer’s stomach they discovered a lot of trash -- most of it plastic,” Kriangsak Thanompan, the director of the protected region inside Khun Sathan national park, told Reuters.“The place we found the deer is a protected forest but it is close to human communities as well as roads where passersby sometimes litter,” he added.

An autopsy of the 10-year-old deer uncovered 15 pounds of plastic bags, towels, underwear and other assorted garbage inside its stomach, The Guardian reported. 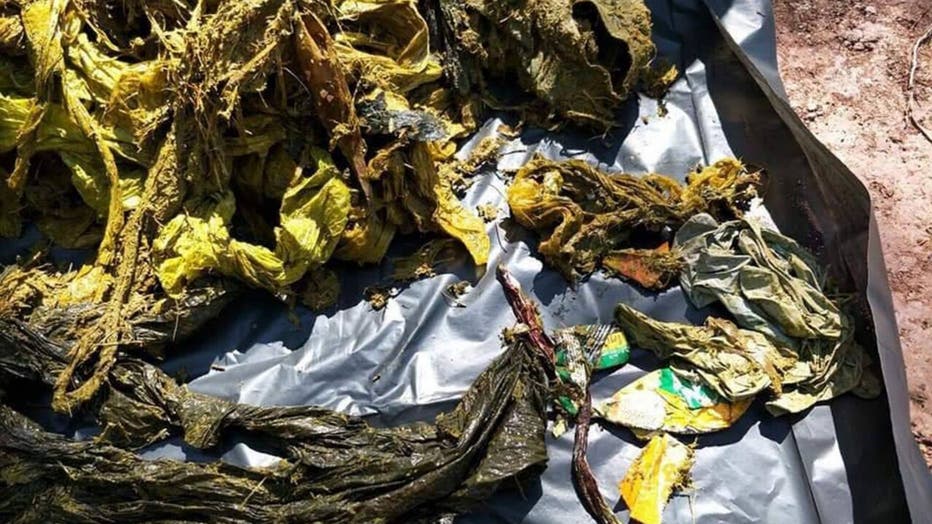 Some of the plastic materials found inside the deer. (Thailand Department of National Parks, Wildlife and Plant Conservation / Facebook)

Investigators believe the deer died from digestive problems after eating the materials.

“It shows we have to take seriously and reduce... single-use plastic,” Thanompan said, according to The Guardian. Each resident of Thailand is estimated to use up to 3,000 plastic bags per year to wrap food or pack groceries, it added.

The discovery of the deer comes months after a baby dugong died in Thailand from an infection linked to plastic that was found inside its stomach.