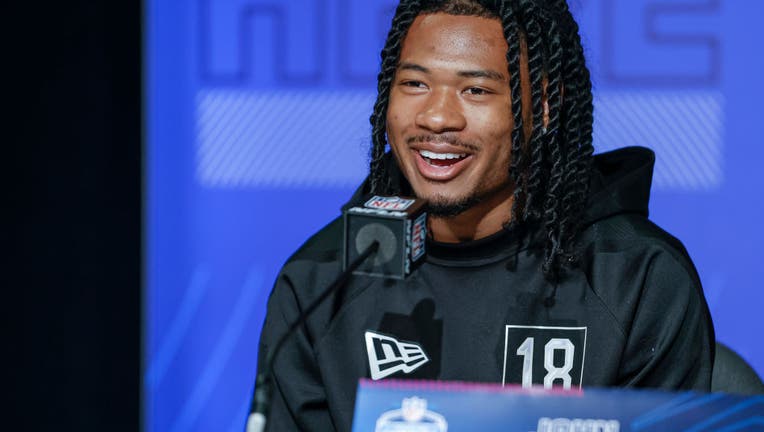 INDIANAPOLIS, IN - MAR 02: John Metchie #WO18 of the Alabama Crimson Tide speaks to reporters during the NFL Draft Combine at the Indiana Convention Center on March 2, 2022 in Indianapolis, Indiana. (Photo by Michael Hickey/Getty Images)

HOUSTON - The Houston Texans rookie wide receiver John Metchie III announced Sunday that he has been diagnosed with a form of leukemia.

In a statement on the Texans' Twitter page, Metchie III said he expects to make a recovery at a later point in time, as it after his diagnosis of acute promyelocytic leukemia (APL), which he says is "the most curable form of leukemia.

However, in the meantime, he will "likely not be playing football this season."

The wide receiver regardless, says he is "in good spirits" and "cannot wait to come back stronger than ever."

This is a developing story and will continue to be updated as more information becomes available.