Titusville police are searching for suspects after two people were shot and killed at a home in a drive-by shooting.

TITUSVILLE, Fla. - Titusville police are searching for suspects after two people were shot and killed at a home in a drive-by shooting.

This happened on 3rd Ave. around 10 p.m. Wednesday night.

The family of the two victims told FOX 35 News that 25-year-old Teressa Henderson and 17-year-old Drayontai Mason were killed. The two victims were cousins.

The boy was playing video games when he was shot, the mother told FOX 35 News.

The grandfather of the victims was emotional when he spoke with FOX 35.

"These people just walking about here, shooting up these children for whatever reason…I'm tired of you killing my family. Leave my family alone!"

A third shooting victim self-transported to a local hospital with a non-life-threatening gunshot wounds.

Police say when they arrived at the home, they found the two with gunshot wounds. Bullet holes riddled the home and cars in the driveway. 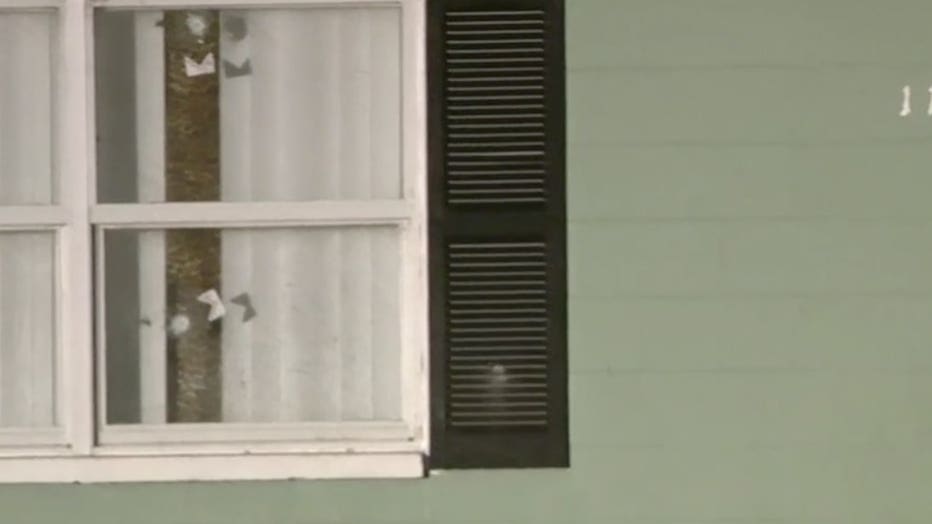 Titusville police are also investigating two other shootings just in the past week. Last Friday two men were shot at in a drive-by shooting in the area of Hopkins Avenue and Roosevelt Street. One was taken to the hospital with injuries.

On Sunday, police responded to reports of shots fired at an intersection of Tropic Street and Dummit Avenue where they found 45-year-old Johnell R. Neal with a gunshot wound. He did not survive.

MORE NEWS: Sheriff: Osceola maintenance man raped 70-year-old tenant, said he was in love with her

Police say they are working leads and do not believe either shooting was random.

Anyone with information is asked to call the Titusville Police Department or can remain anonymous and be eligible for a $5,000 reward by calling Crimeline at 1-800-423-TIPS.