According to the Highlands County Sheriff’s Office, the 13-year-old girl posted threats on a now-deleted Instagram account with the handle "LPMS_deathnote."

Screenshots shared by the sheriff’s office showed photos of handguns and rifles, overlaid with text threatening a shooting at 10 a.m. 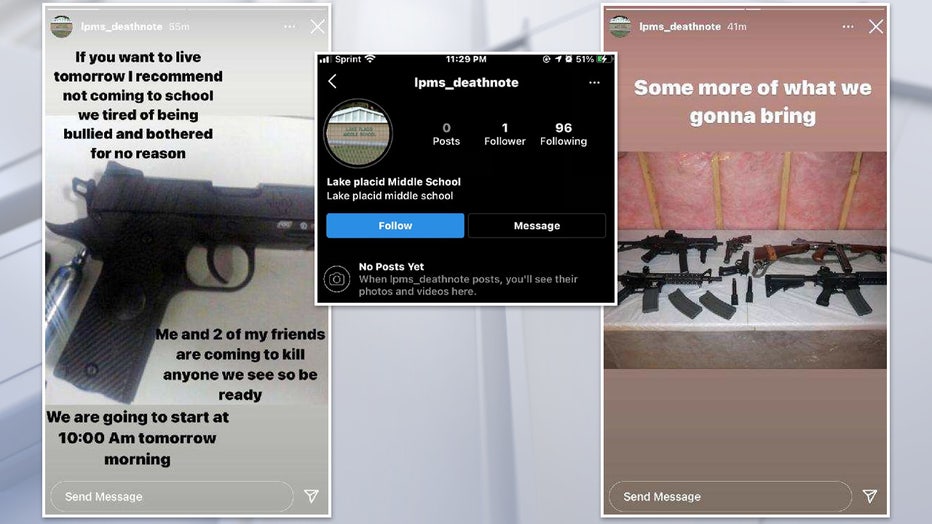 "If you want to live tomorrow I recommend not coming to school we tired of being bullied [sic] and bothered for no reason," one post read. "Me and 2 of my friends are coming to kill anyone we see so be ready."

Deputies say more than 400 students were absent from the school as a result of the threat. 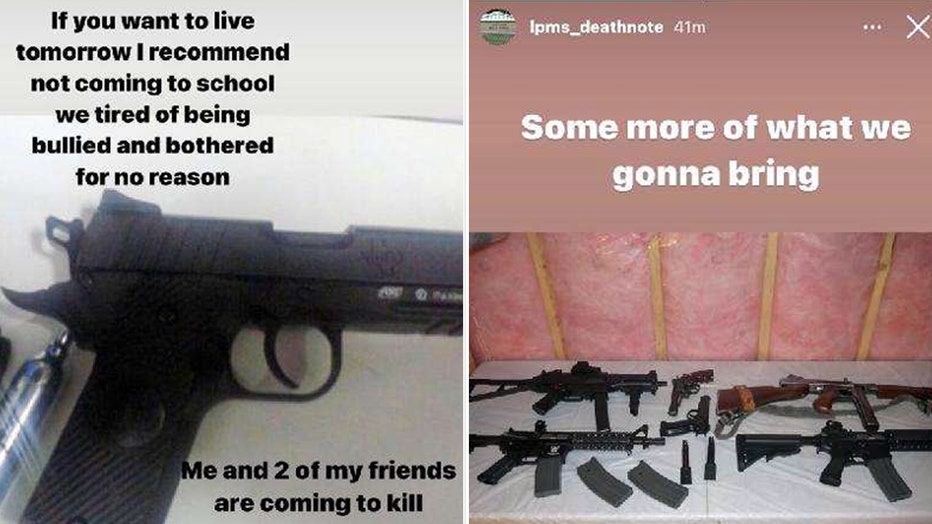 The seventh-grader is now facing several charges. It was not immediately clear if she had planned to carry out the threat; detectives are still trying to determine her motive and whether anyone else was involved.

The sheriff’s office says anyone with information should contact Det. Chad Douberley at 863-402-7840 or email detectives@highlandssheriff.org. Anonymous tips can be left via the HCSO smartphone app or with Heartland Crime Stoppers at 1-800-226-TIPS.