Orlando, Fla. - A cocktail waitress at Walt Disney World Resort went to social media about her financial worries as she's out of a job. She had no idea that her idol, Taylor Swift would see it and send her much needed money.

Samantha Jacobson worked at Jellyrolls at Disney's Boardwalk Area but is now out of work as the parks and resorts are closed.

"It was kind of like an all of a sudden we didn’t have jobs," Jacobson said. "I really didn’t know all of a sudden not having any source of income how I was going to pay my rent, pay car insurance."

The 24-year-old took of social media about her financial concerns when she got a message on Twitter from Taylor Swift asking if she could send Jacobson $3,000 to help pay her bills. 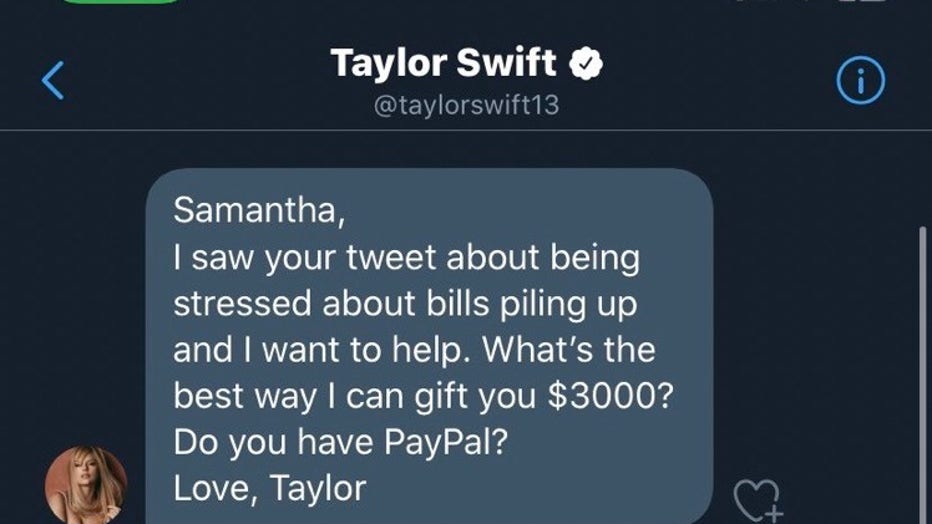 A record number of Americans are filing for unemployment, including Jacobson. The money from Taylor Swift is going to help Jacobson tremendously.

"It really is just the most incredible feeling to know that someone I’ve looked up to and have loved and respected for so long really thought of me and wanted to help me," said Jacobson.

Jacobson has been to 28 of the 10-time Grammy award winner's concerts and has met her twice. She said she's not surprised that her idol is helping out fans. 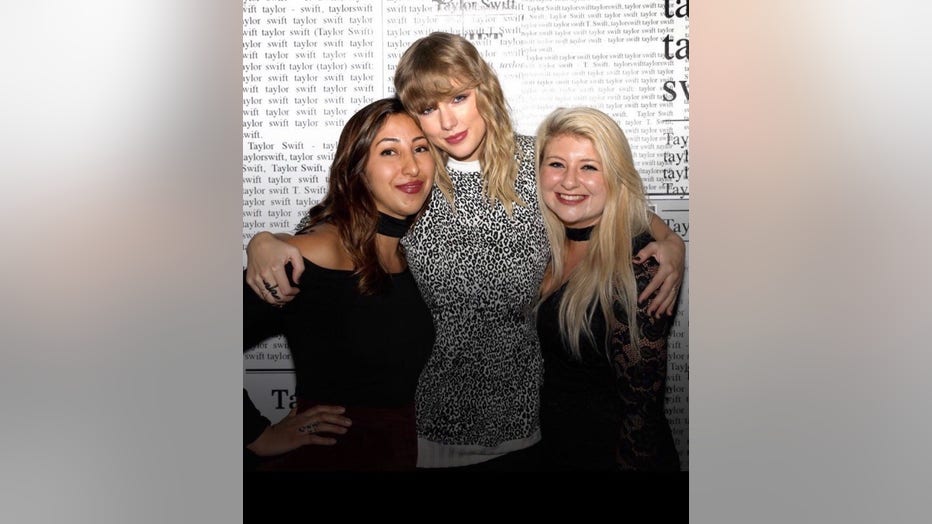 "As much as it shocked me that she would choose me out of millions and millions of fans, the gesture itself doesn’t surprise me in that it’s a very her thing to do," Jacobson said. "She’s just so genuine, and she really cares."