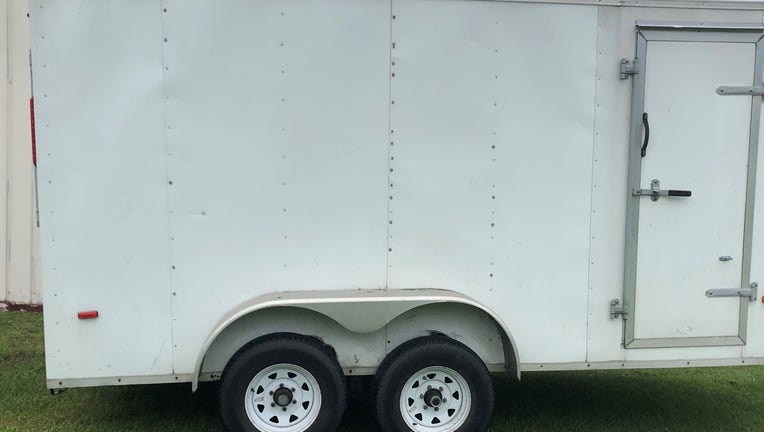 TAVARES, Fla. - Have you seen this trailer?

Thieves stole it from the parking lot of the Golden Triangle YMCA in Tavares.

“They actually think whoever stole it thought they were getting yard equipment. They didn't know it was church stuff and we thought maybe they'd return it if they realized it was stuff they couldn't use, but it's still gone,” said Pastor Eric Filkin, of Bridges Church. “We hope to get it back, but there's not much hope at this point.”

They actually stole all the equipment that Filkin and his staff use to set up Bridges Church for its services inside the YMCA.

Church officials told Tavares police that it happened sometime during the night between December 11 and 12.

They estimate the total value of the trailer and the items inside at nearly $40,000.

Filkin knows they may never get any of it back, but says it won't dampen their holiday spirits.

“We've realized that worship is more than just all our stuff,” he said.

They're asking anyone with information about the theft to please call the Tavares Police Department.