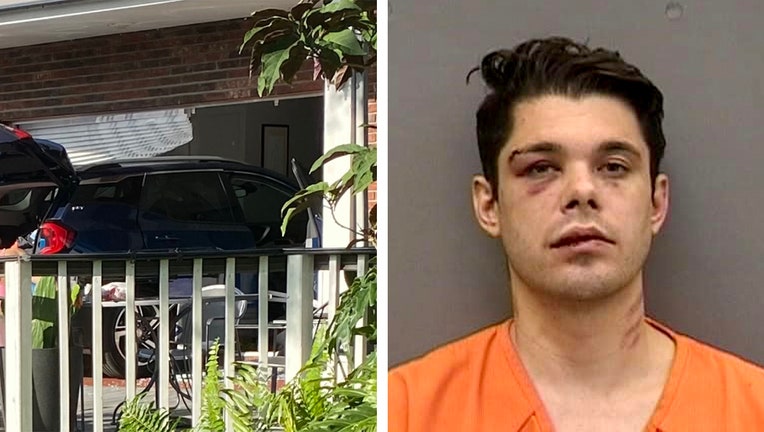 TAMPA, Fla. - Police said a man tried to hit a woman with his SUV and when she ran out of the vehicle's path, he ended up driving into a South Tampa business.

When officers arrived at the scene 8 a.m. Tuesday, an SUV was partially inside the business, a medical day spa.

They said the driver, 31-year-old Pavel Alex Terentev, and the woman, who was not publicly identified, were still at the scene.

According to police, the woman said the two were in a physical altercation in St. Petersburg earlier in the day.

READ: Why is marijuana illegal? How the 1933 Ybor City ax murders bolstered case to criminalize cannabis

Police said they drove together to the location in Tampa, where she got out of the vehicle.

She said Terentev punched her in the face before she got out of the SUV, at the business. That's when Terentev allegedly tried to hit her with the vehicle.

"Due to their dispute, the victim said Terentev intentionally positioned his vehicle to strike her," according to a news release from the Tampa Police Department. "She ran out of the way, causing Terentev's vehicle to instead drive through the front window and into the business."

The business was not open at the time and no one was inside at the time of the crash. Police said Terentev and the woman had injuries due to their physical altercations.

Terentev was arrested on several charges including aggravated assault with a deadly weapon, felony criminal mischief for the building's damage, and battery for striking the woman.