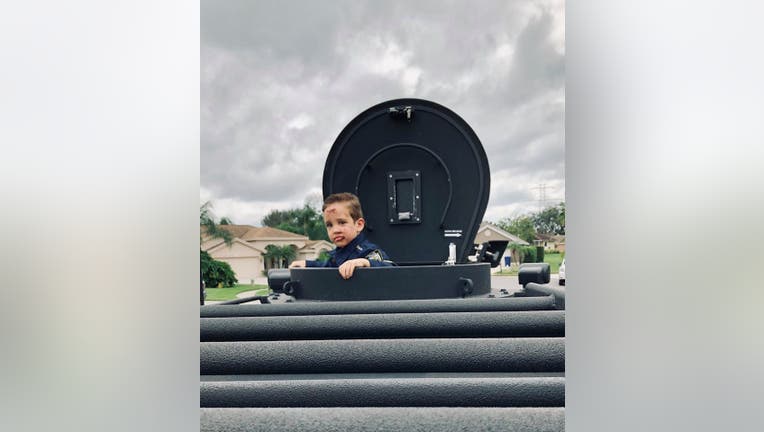 TRINITY, Fla. - Halloween did not turn out as 6-year-old Dominick Keyes and his family hoped, but they're thankful it wasn't worse.

Dominick was crossing the street, in a crosswalk in Trinity around 7:30 p.m., when he was hit by a pickup truck, the Florida Highway Patrol said. He suffered some scrapes and bruises, but thankfully was not severely injured, then was released from the hospital on Sunday.

PREVIOUS: 6-year-old boy released from hospital after being hit by pickup truck while trick-or-treating

Dominick was trick-or-treating when he was hit, and he happened to be dressed like a SWAT officer for Halloween. When SWAT officers with the Pasco County sheriff heard Dominick's story, they wanted to do something special. 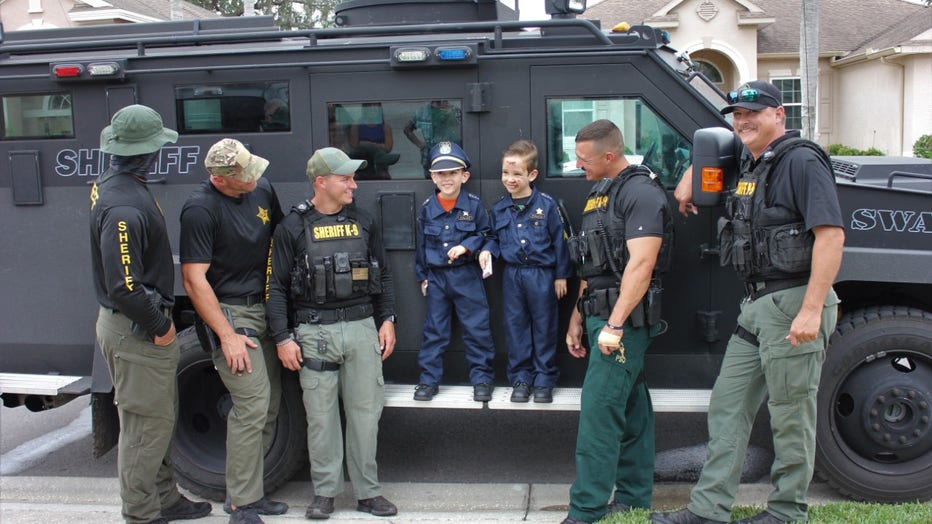 So, a week after he was hit, Dominick was treated to a special day with Pasco County Sheriff's Office SWAT officers - which hopefully made up for missing out on the rest of Halloween.

The sheriff's office said SWAT spent time with Dominick and his twin brother, making memories sure to last longer than a bucket of candy.

In a post on Facebook, PCSO wrote, "They got to check out a SWAT specialty vehicle and a K9 truck, and they even got to meet Sheriff Nocco! Best wishes on your road to recovery, SWAT has your back!"

The driver in the crash, Nicholas Formico, was cited on Wednesday for violation of the right of way.