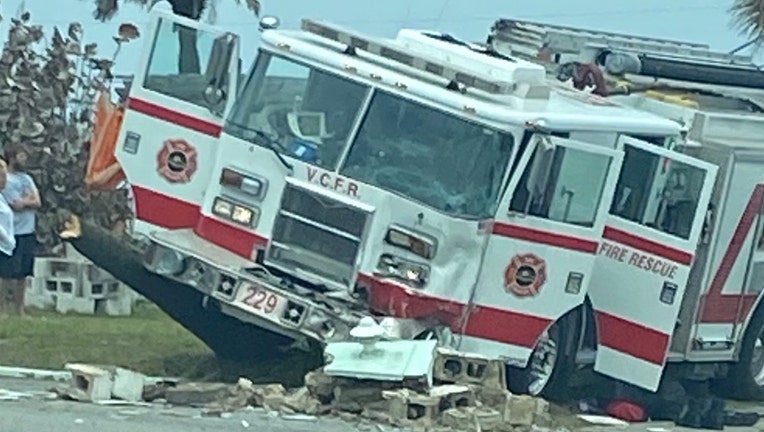 VOLUSIA COUNTY, Fla. - Troopers say the driver of an SUV has been airlifted to a hospital and three firemen have to be checked out after the vehicle crashed head-on into a fire truck.

The Florida Highway Patrol (FHP) said that troopers responded to a crash on Ocean Shore Boulevard and Sandra Boulevard. The incident involved a Chevy Tahoe and a fire truck.

The Tahoe then crossed into the southbound lanes and struck the fire truck head-on, troopers said.

The driver of the Tahoe was said to have been airlifted to a hospital in critical condition. Three of the firemen were taken to the hospital to be checked.

Here is a statement from Volusia County Fire Rescue on the crash:

Volusia County Fire Rescue Engine 14, with three firefighters on board, was involved in a head-on collision with a Chevy Tahoe at about 12:10 p.m. today on Ocean Shore Boulevard in Ormond-by-the-Sea.

"We’re very proud of our firefighters," said Volusia County Fire Rescue Chief Howard Bailey. "They were struck head-on, yet they were able to retrieve their equipment from the fire engine, extricate the other driver from his vehicle, and prepare him for transport to Halifax Health Medical Center. They maintained their composure throughout the incident and demonstrated the highest degree of professionalism."

The firefighters are being evaluated at Halifax Health.

The Florida Highway Patrol is the lead agency and is performing the investigation.

The crash is still said to be under investigation.