A man was sucker punched by a stranger at Lake Eola Park. It was all caught on camera. The suspect was arrested a short while later.

ORLANDO, Fla. - Dale Revels was just trying to pick up take-out at a restaurant near Lake Eola and ended up leaving with a busted lip.

The whole thing was caught on camera.

“It came out of nowhere,” said Jerry Sessions, the victim’s attorney.

A sucker punch to the face from a complete stranger for no apparent reason.

Revel’s friend set up his phone to make a time-lapse video of the lake, but captured so much more.

“They were minding their own business and from the right of the screen,” Sessions said.

A man appears out of nowhere.

“Throws a punch and hits my client in the face and knocks him down, and you can tell that my client is completely surprised,” Sessions said. 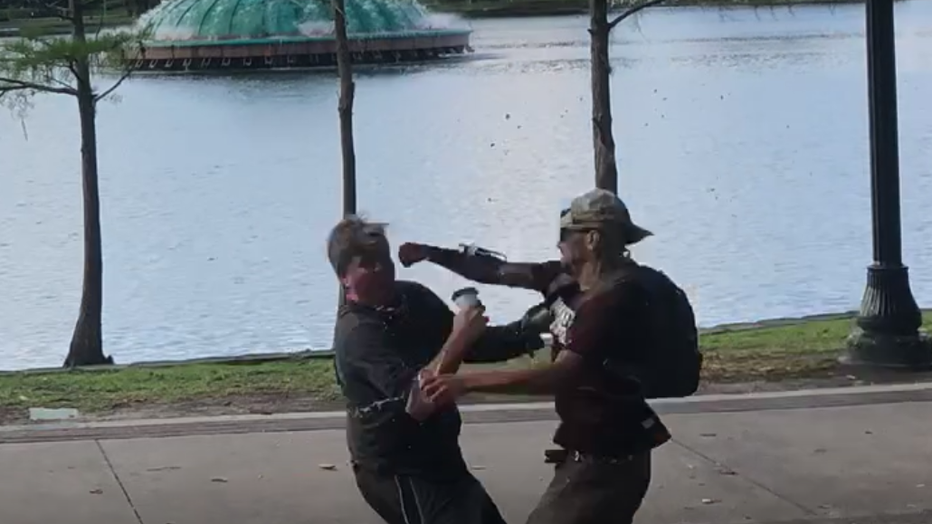 The suspect lingers, staring at him before taking off.

The blow busted the 59-year-old’s lip.

“He had a very severe cut to his lower lip, about two to three inches long,” Sessions said.

Authorities arrested the suspect a few minutes later, nearby.

FOX 35 looked into his record and found out he just got out of jail one month ago.

According to jail records, Molina served time for aggravated assault and battery on a law enforcement officer also in the Downtown Orlando area.

The victim’s attorney is reminding people to stay vigilant.

“Keep your eyes open and just be aware of your surroundings. Anything can happen anywhere to a certain degree,” Sessions said.

Molina is now back behind bars for felony battery on a $2,500 bond.