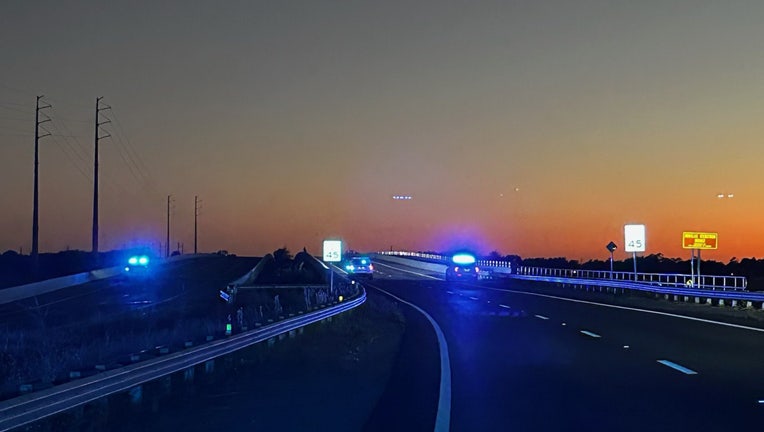 SEMINOLE COUNTY, Fla. - A suspect who led authorities on a chase through multiple counties in Central Florida on Saturday, and then jumped into the St. Johns River, was arrested late Saturday, according to the Seminole County Sheriff's Office.

Deputies said the suspect jumped into the river in an attempt to escape captured. He remained in the water for about an hour, and was eventually taken into custody.

He was taken to the hospital, but was not seriously hurt, deputies said.

The Orange County Sheriff's Office said its deputies originally attempted to arrest the suspect on an outstanding warrant for armed burglary out of Lake County, who then led deputies in pursuit. The chase then crossed over into Seminole County.

As a result, SR-415 was closed in both directions for about an hour.

According to Seminole County deputies, the suspect now faces fleeing and eluding charges, and possibly drug possession charges, in addition to the Lake County charges.