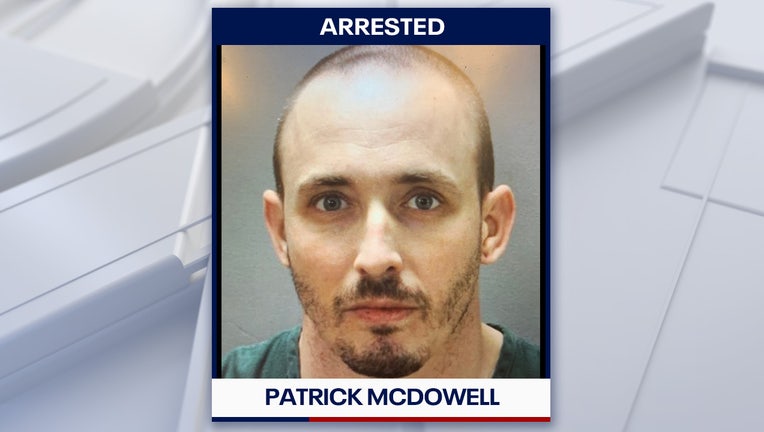 CALLAHAN, Fla. - Days after the deadly shooting of a Florida deputy, authorities said they arrested the suspect, 35-year-old Patrick McDowell.

WJXT reports that law enforcement arrested him Tuesday afternoon. The Jacksonville-based news outlet said McDowell was chased into a corner of a concession stand at Kirsten Higginbotham Sports Complex in Callahan, Florida. He was reportedly unarmed when found.

After learning Deputy Moyers would not survive his injuries, his family decided to donate his organs and was in the process of finding recipients over the weekend. Nassau County Sheriff Bill Leepers announced that Moyers died at 2:19 p.m. on Sunday at UF Health in Jacksonville.

More than 200 law enforcement officers were involved in the search efforts. McDowell was described as a "survivalist" by a former colleague. He previously served in the U.S. Marines.

The funeral for Deputy Moyer will be held Saturday in Callahan, which is located about 20 miles away from Jacksonville. The services begin at noon at the Callahan First Baptist Church