WARNING: Viewer discretion advised | A Florida man upset that he lost his car keys walked into a Palm Coast bar and pointed a gun at a woman's head and then started shooting at people inside the bar before those inside the bar tackled him to the ground, Flagler County Sheriff Rick Staly said. FCSO released surveillance video from inside the bar that shows the incident unfold.

Content warning: The surveillance video above – released by authorities – may be disturbing to some readers and watchers. Viewer discretion is advised.

Surveillance video from inside a Florida bar appears to show the moment aman attacked his girlfriend, held a gun to a bartender's head, and then fired six rounds inside the bar before he was tackled by other customers – all because he was allegedly upset he couldn't find the keys to his truck, according to Flagler County Sheriff's Office.

Deputies responded to Smiles Nite Club in Palm Coast, Florida, shortly after midnight on Saturday after receiving 911 calls that someone had fired a gun inside the venue. Remarkably, deputies said in the report that no one was seriously hurt in the shooting.

The suspect, Connor Patrick Lee Anderson, was booked into jail on several charges, including shooting into a building, simple battery, aggravated assault, using a firearm while under the influence of alcohol, and improper exhibition of dangerous weapons or firearms. 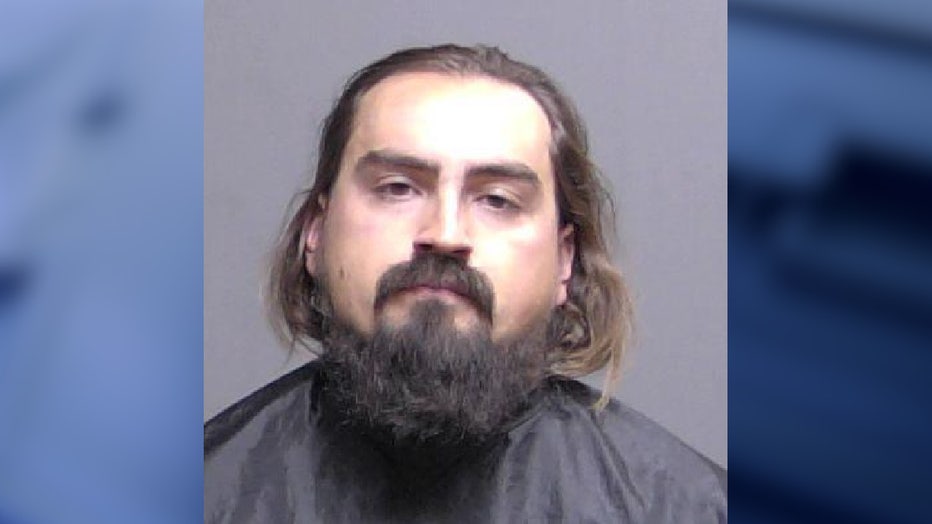 According to the incident report, witnesses said Anderson was at the bar with a woman and that the two began to argue about where the keys to his truck were. When the woman said she did not have them, Anderson was upset and went outside to "calm down"

Witnesses told deputies that Anderson then came back inside the bar with a gun.

The surveillance video, which was released by the Flagler County Sheriff's Office, shows a man walk into the bar and immediately attack a woman who is seated at the bar. The report said Anderson grabbed the woman from behind and put his arm around her neck.

A bartender quickly hops over the bar to help, the video shows. That bartender reportedly told deputies that Anderson pointed the gun at his head and "was in fear that he was going to be shot."

Others came to help. As he was being tackled, Anderson fired "a couple of rounds" in the business and fired a few more before leaving the bar, witnesses told deputies, according to the report.