The coroner identified the 26-year-old man killed by a shark on Saturday as Ben Kelly. Allie Rasmus reports

WATSONVILLE, Calif. - A 26-year-old man killed in a shark attack off a Northern California beach was an avid surfer who customized surfboards for a living.

The Santa Cruz County coroner’s office identified the victim of Saturday’s attack as Ben Kelly. He is survived by his wife, Katie.

"He was very genuine," said his friend, Kyle Pitchford. "I don't know. Just very intentional with every conversation."

Terry Campion, owner of the Santa Cruz boardroom, said Kelly was all about his craft and passion.

Kelly was surfing near Manresa State Beach on the northern end of Monterey Bay Saturday afternoon when he was attacked by a shark of unknown species, California State Parks said in a statement. His death marks the first fatal shark attack in California in eight years.

The attack happened within 100 yards offshore, and a witness flagged down a lifeguard patrolling the area, authorities told the Santa Cruz Sentinel. 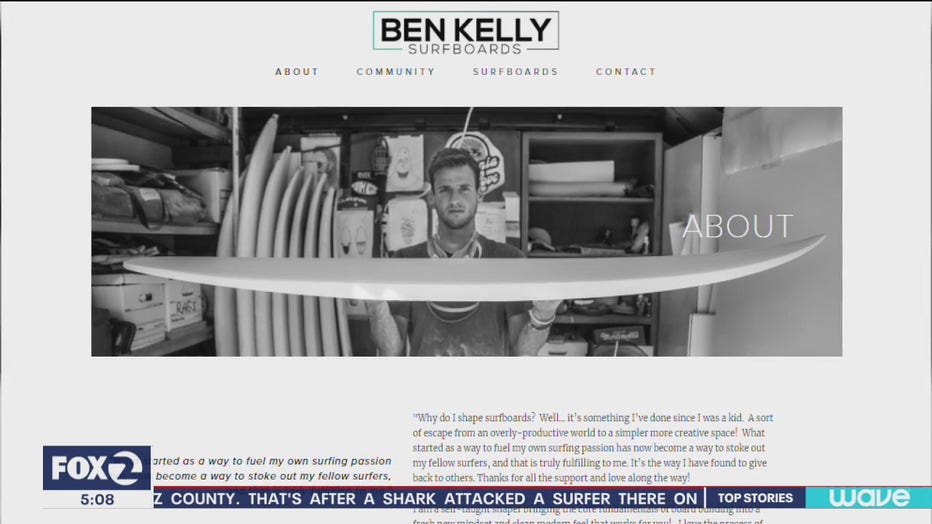 Terri Tucker says she was reading at the back door when she looked up and saw something unusual.

“What got my attention was there was a very, very large dark fin and it came out of the water and then there was like a feeding frenzy and all this activity, and then as soon as it started it disappeared.  It was over,” she told KTVU on Saturday.

At the time, the beach was closed to visitors to maintain physical-distancing norms during the coronavirus crisis, but swimming and surfing was allowed in the water. As a safety precaution, authorities closed the water 1 mile north and south of the attack until Thursday. Signs have been posted warning beachgoers about the attack.

A photographer who was kayaking nearby said he has observed dozens of great white sharks swimming near the shoreline in recent days. He said he counted 15 sharks while out on his boat Saturday morning. 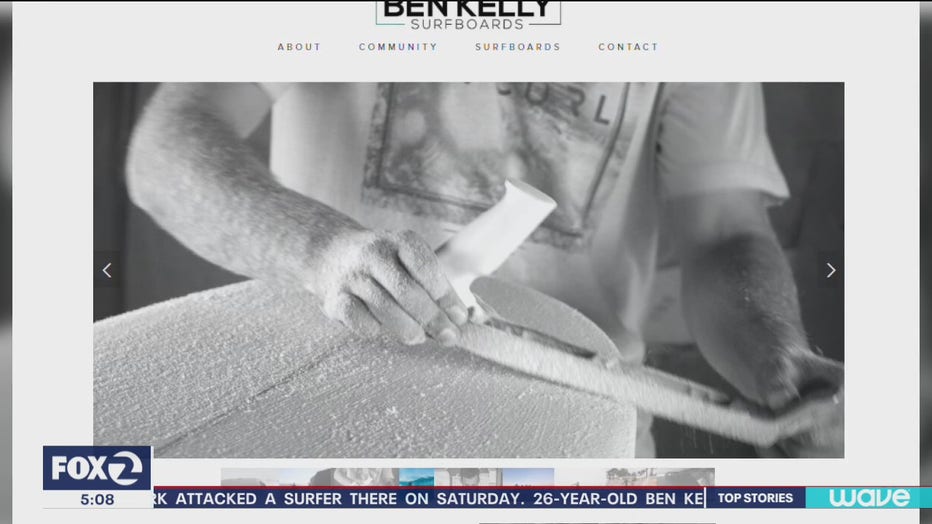 None were showing signs of aggressive behavior, he said.

On the website for his business, Ben Kelly Surfboards, Kelly explained that began shaping surfboards as a boy because it gave him a creative outlet and fueled his love for surfing.

“You should feel stoked each time you enter the water and comfortable on your own board,” he wrote.

The Sentinel reported that on Kelly’s company Instagram page, Aly Thompson, who said she was a resident assistant with Kelly in 2014 at Vanguard University in Costa Mesa, posted a comment saying that she is devastated.

Last deadly shark attack was eight years ago in 2012

“I can’t imagine all that your family, Katie, and all those who loved you are holding right now,” Thompson wrote. “It was an honor to know you and to experience the capacity and ferocity you loved others with. Our year as RAs together was an absolute joy, and I am thankful to have known and experienced life with you in it. Praying for peace that surpasses all understanding and sending so much love.”

On the same post, Jeremy Pedron wrote that he is heartbroken.

“Ben you have always been of the truly kindest & sweetest individuals out there,” Pedron said. “Your love of others always has a felt impact on your community. Your family is in our prayers and our hearts sad. God take care of him for us he deserves the best.”

The Associated Press and KTVU's Duncan Sinfield and Greg Liggins contributed to this report.