The high court said in a press release Friday that Kavanaugh has no symptoms and has been fully vaccinated since January. Kavanaugh and all the other justices had a routine coronavirus test ahead of Friday's ceremonial investiture for Justice Amy Coney Barrett.

The court says Kavanaugh’s wife and daughters are also fully vaccinated, and they tested negative on Thursday. The court said Kavanaugh and his wife would not attend the ceremony. All of the other justices were present for Barrett's ceremonial swearing-in, which had been delayed because of the pandemic.

The court's new term begins on Monday and the justices are returning to the courtroom to hear arguments after an 18-month absence because of the coronavirus pandemic. They had been hearing arguments via telephone. 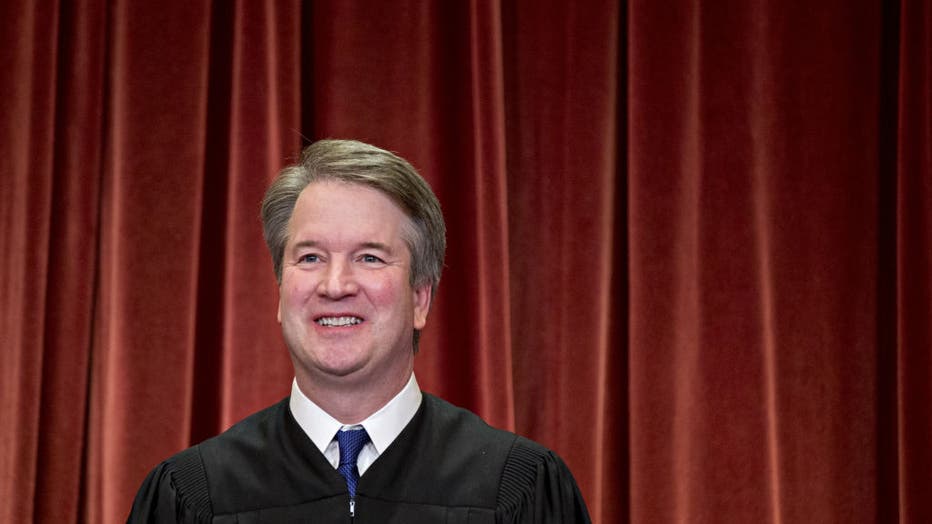 Brett Kavanaugh, associate justice of the U.S. Supreme Court, poses during the formal group photograph in the East Conference Room of the Supreme Court in Washington, D.C., U.S., on Nov. 30, 2018. Photographer: Andrew Harrer/Bloomberg via Getty Image

Kavanaugh participated in the court's private conference on Monday, when he and his colleagues met at the court to review thousands of appeals that accumulated over the summer. All of the justices were tested Monday morning prior to the conference, and all tested negative, the court said.