SunRail losing money because riders are not following rules

SunRail is losing money, because some riders are not following the rules, according to the Florida Department of Transportation. Riders are supposed to "tap on" with their cards when they board the train and "tap off" when they get to their destination. An FDOT spokesman says some riders are "gaming the system" by not tapping off.

DEBARY, Fla. - SunRail is losing money because riders are not following the rules. Now Sunrail is fighting back.

It’s time to hop on board with Sunrail’s rules. A Florida Department of Transportation (FDOT) official says SunRail is losing money as the system that tracks riders has gone off the rails.  Riders are supposed to scan their access cards at machines before getting on the train and after getting off, but not everyone is doing that.

“Sometimes people will try to game the system, and they’ll tap on but they won’t tap off, so it’s like how many zones did they go through?” said FDOT District 5 spokesperson Steve Olson.

“I think they got too much on their minds, work,” she said.

But when this happens, SunRail loses track of where riders get off, the charges aren’t accurate. They call those instances leaks in the system.

SunRail is now taking a stand. Starting in November, if you don’t tap on or off, it’ll cost you a maximum fare of $5 each ride. 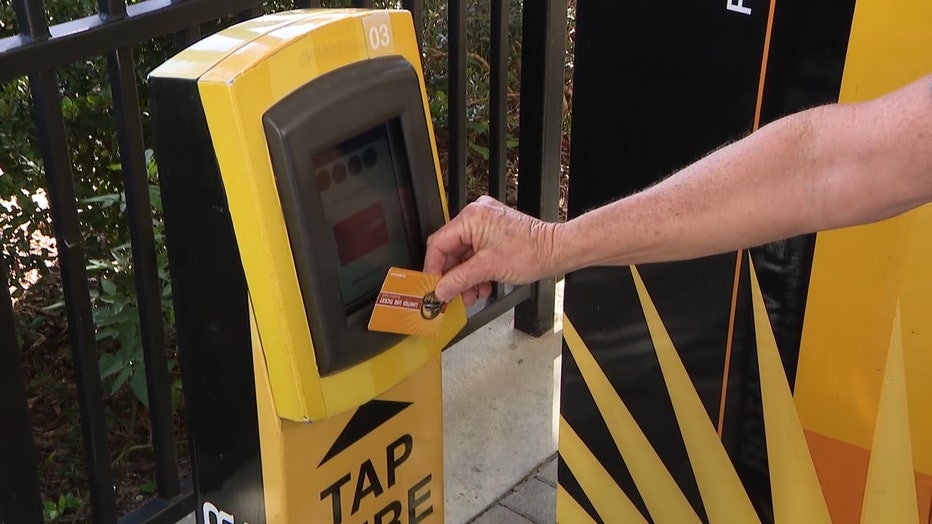 Until now, riders who didn’t tap on or off were hot listed, meaning their cards were locked out until they called customer service. FDOT says 400 riders were hot listed in August and September alone.  However, riders say SunRail could do more than just charge riders. They should also relocate the scanners.

“You bypass that but you don’t’ notice because it’s in the corner. I think if they had it right there, I think everybody would realize that the only way out of the gate is to tap,” said Baker.

On Thursday, SunRail will be doing a “Fare Enforcement Day.”  Expect to see SunRail employees at various stations, checking for valid fair and ensuring that people tap on and off.